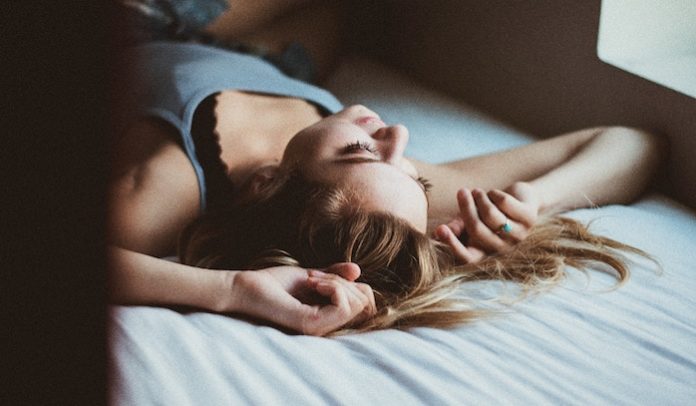 As women, we tend to bleed a little bit more than our male counterparts, for obvious reasons. But, the one time it’s a little abnormal to be bleeding? After sex.  Sadly, many women experience blood after sex more frequently than not.

Here are 9 reasons why you may be bleeding after sex and whether or not you should worry:

You Just Lost Your Virginity

Women are born with a hymen, which covers the vaginal opening.  During intercourse, it will tear. If it tears it will bleed, which is why some women may bleed after having sex for the first couple of times. This is very normal, so there is no need to panic.

Should you be concerned? No.

You’re On Your Period

Should you be concerned? No.

When a fertilized egg implants itself into your uterus, you may bleed or spot. This is called “implantation bleeding,” and traditionally, it’s paired with cramps and spotting after a few hours of painful cramps.

Should you be concerned? Depends on whether or not you ’re trying to conceive a child.

Sometimes, when you skip the pill a few days to change your cycle, spotting and slightly heavier bleeding happens.  No worries; it’s totally normal.

Should you be concerned? Nope.

You May Have An STI

STIs have a wide range of different symptoms, and sadly, bleeding during sex is one of them, especially if you have chlamydia or gonorrhea.

Should you be concerned? Absolutely.

Science has shown time and time again that stress can cause a shift in menstrual cycles.  If you feel the weight of life holding you down, you may randomly spot or unintentionally bleed in large quantities.

Should you be concerned: For the sake of your mental health, yes.

Unfortunately, both cervical and uterine cancer can cause bleeding during sex. If you cannot find another reason as to why this would happen, speak to a doctor immediately. Unusual vaginal bleeding is one of the most common signs of cervical cancer.

Should you be concerned: Absolutely.

You Have Sensitive Skin

In the event of a little skin irritation or a small tear from sex, bleeding is totally normal, and your vaginal opening should recover within a few days. If you are bleeding excessively, seek a professional opinion.

Should you be concerned: Not unless bleeding is excessive.

You Have Endometriosis or Pelvic Inflammatory Disease

If you’ve been having a lot of pelvic pain, you may have either endometriosis or PID. Bleeding is a common symptom for both and is key in diagnosis.

Should you be concerned: If you have not been diagnosed with either, yes.

Whenever you are in doubt about bleeding after sex or are questioning your health, it’s important to seek professional help as quickly as possible. Obviously, some minor things can cause the bleeding,but if you notice yourself bleeding regularly, then you should go in for testing. You’d rather be safe than sorry, especially when it comes to your health.  After all, early detection is key!

Photo by gbarkz on Unsplash