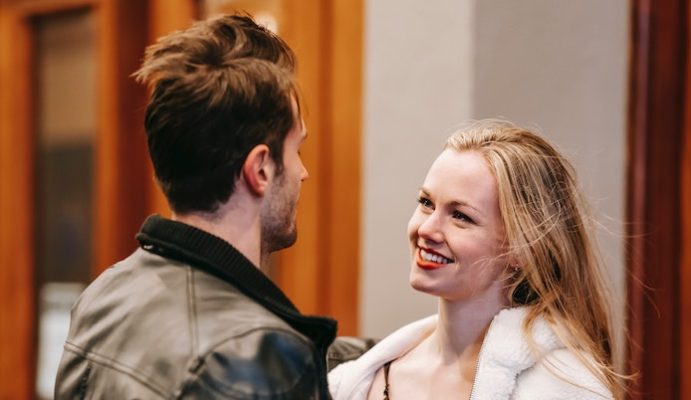 Once upon a time… That almost seems too good to be true, right? While many are out there searching for the top 8 ways to find out if they are compatible with their significant other, some people are just trying to figure out where the term “Prince Charming” actually applies to any real-world relationship.

Let’s throw it back to the movie Cinderella.

Cinderella, who had thus far lived a harsh, cold life with her evil stepmother and two stepsisters, was swept off of her feet at a ball by none other than Prince Charming himself. With his dashing good looks and perfect mannerisms, who wouldn’t fall for someone like him? From about the time girls were able to talk, they were taught that a handsome gentleman on a white horse would eventually come sweep them off of their feet and make them the happiest that they have ever been. Prince Charming, much like any hero, was designed to save a damsel in distress.

Girls everywhere are left thinking: “If the idea of Prince Charming does hold true today, where is my other half hiding?”

That is overrated. It’s time we start saving ourselves.

I fell hard for someone who I considered to be my Prince Charming. Knowing someone for eight years and sharing your whole world with them is what any girl would want, right? I wasn’t enjoying everything else that life has to offer because I was trying to share every important moment with this guy when in reality, he wasn’t my future. I was focusing more on him than I was on bettering myself and reaching my goals, career and otherwise. I’d rather be alone than take on that role again.

Don’t get me wrong. Everyone deserves happily ever after, but let’s try starting with ourselves first.

If there is anything I have learned on this venture to bettering myself before finding the right guy, it’s that I am human, and I am entitled to make mistakes in order to grow as a person. Humans are defined as being subject to weaknesses, imperfection, and fragility. Humans are flawed in almost every way possible.

Does that really sound like the Prince Charming that has been illustrated in movies, books, fairytales, etc. for us since childhood? But ladies, there is no such thing as the “perfect guy”. Prince Charming will have flaws just like you. He won’t always be tall, dark, and handsome. He won’t always have the perfect smile. And he definitely won’t be coming up to you on a white horse. But he will be perfect for you when the time is right and the right one comes along. Why wait until then to start happily ever after?

Betting on a dream instead of living your life could hold you back from an indescribable happiness with yourself. Hone in on the little things: financial savviness, common sense, resourcefulness, and self-fulfillment. Use your independence and responsibility: don’t be the needy girl when the right man comes along. Be your own reason for living life to the fullest. Be bold and be adventurous: try the highest wall while rock climbing, buy a studio apartment, take on your career goals. Don’t forget about who got you there. Don’t ditch your family and friends; embrace them in your search for unending happiness with yourself. Be your own hero and live a life that is unforgettable.

When you get lost in living life for yourself, you may meet some pretty fantastic people on the way.

I don’t want Prince Charming. I just want someone that will live life to the fullest, with or without me standing there at every moment. I want someone I can trust, someone in whom I can place my confidence, someone who won’t hold me back from my aspirations but will hope for a better future too. Just because I want all of these things doesn’t mean I’m going to stop living now to go looking for it.

5 Reasons Your Dating Anxiety Is So High Right Now

10 Lessons From Famous Authors On How To Be A Better...