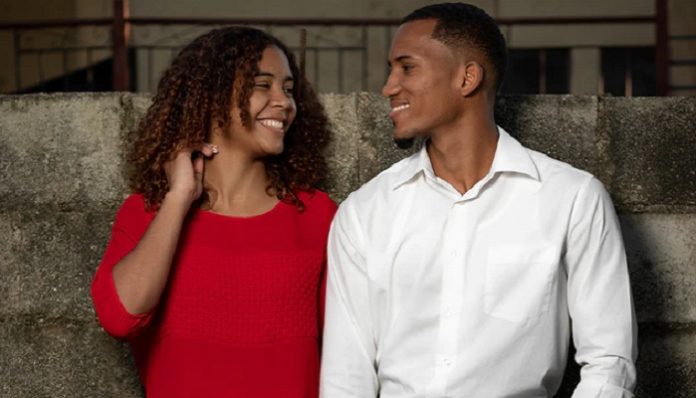 We all have that one best friend who we’ve known almost, if not, the entire length of our lives. I’ve known mine since we were both 5 years old. Even when boys and girls had cooties, we still hung around each other. We became so close he started calling my parents “Mom” and “Dad” and he never really stopped. Growing up, he didn’t have the ideal home life, his parents were MIA, so we spent most of our childhood days together. Halfway through middle school (and puberty) I started seeing him in a different light. Our voices weren’t at the same octave, so he had that going for him, but still we were ‘just friends.’ Fast forward to college, he moved away and joined the Marines but we still remained in contact constantly. He visited whenever possible, I wrote to him while we he was in boot camp, I held onto his Marine Corps graduation ring so he wouldn’t lose it. My family and I would send him care packages as often as possible. But then one day, everything just changed. We both started dating people and we slowly eased up on how much we would talk until one day I received a nasty drunken text from my “best friend” accusingly asking why we never hooked up…Hold up, “we’re just friends.”

HA…it’s not possible.
Think about it girls…we love to think that being just friends with a guy is possible, and we are positive that our ‘friend’ doesn’t want to sleep with us because we’re just “really good friends.” But why don’t you try taking a step back for a hot second and really take a look at this platonic yet oh-so complicated friendship. What the hell could he possibly be getting out of this friendship?! If you’re thinking “I don’t know,” and “absolutely nothing,” well butter my butt and call me a biscuit, you’re right!

Girls and guys have completely different outlooks when it comes to what we want in a friend. On one hand (most likely the right) guys consider a friend as someone who will throw back a couple of brewskis with him while watching Sunday night football, go tailgating with him and the bros, play Call of Duty with him on Friday night when everyone else is busy, and someone who will be his wingman at the bar on Saturday night.
While on the other hand girls consider a friend as someone who will go for manis and pedis with us, go shopping just because, grab lunch together on our days off, try on each others clothes while downing a few bottles of wine on a Friday night, and someone to talk on the phone with us when we’re upset. So…exactly how does either one of those friendships sound appealing to the opposite sex?

Ladies, we will never understand the way men think and vice versa. Accept the fact that your “guy friend” doesn’t enjoy being just your friend. He probably thinks of you in ways that will make your jaw drop and turn those pasty white cheeks of yours, BRIGHT. ASS. RED.

Understand that guys are not stupid, well…not completely. They will not waste their time on women unless they think they will be getting something out of it. And for those of you who are still in denial, let me put this in a way you might be able to understand:

IF YOU’RE NOT PUTTING OUT, HE WILL NOT WANT TO PUT UP WITH YOU.

Simple as that. And if you still don’t understand this concept then ask yourself this: If you gave the poor guy a chance to sleep with you or the chance to not cross the line and respect your friendship, which one do you think he would choose? I think we all know what that answer would be. He would more than likely tear your clothes off before you can even finish asking him.

So now you’re wondering what this means for the friendships you have now. Since I’m not getting paid to tell you what to do, this one is all on you babe. But whatever you decide just remember this…as women we tend to have more emotions than any other living organism known to man, so when we cross that line and sleep with them we will more than likely “fall in love” and ultimately think that because we’ve been friends since forever and we know each other so well, it is meant to be. Sorry, but not quite. Once you give it up to him, he’s already gotten all he could ever want from you, so then he moves onto the next one. So in the end, you need to decide what’s worth it: staying “just friends” with someone or taking the chance and ruining it all just to get some ass on a drunken Friday night when the bartender turns you down.