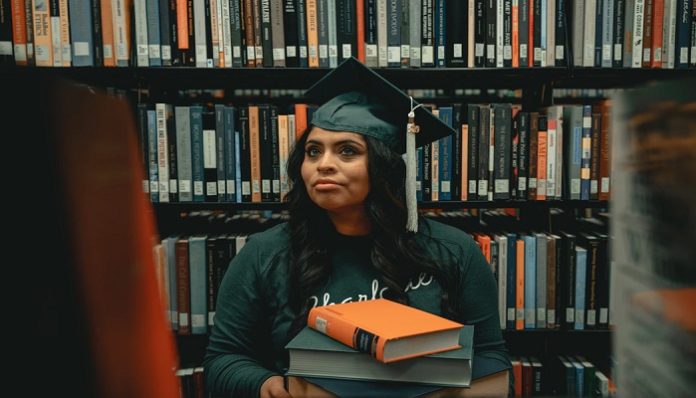 College is filled with all sorts of ridiculous clichés –  it’s a place where dream careers are born, academic achievements made, relationships started, and hearts broken. On any given Friday night, you can find a scene from Animal House going down in the middle of campus, and yes, professors are as stuffy (yet awesome) as they’re portrayed on TV.

1. Go to any lecture you can, and don’t care if people think you’re weird.

As a freshman, I heard about all sorts of lectures that I thought sounded so interesting but was way too concerned that people would think I was a loser if I went to them voluntarily. Eventually, I got over myself and my stupid insecurity and went to this awesome talk about the relationship between Judaism and the Catholic Church. I was so happy I did.

It turns out, these lectures really are as interesting as they sound – half of my passion for my history major came from all of the random lectures I’d attended during school. And you know what else? I was a complete lunatic for thinking people would judge me for liking guest lectures. Literally not one person cared at all, so go for it if you think something sounds cool.

2. You might not always have to drink the gross, cheap alcohol, but you probably should anyways.

Here’s a shocker – it’s really easy to drink for cheap in college without having to drink vodka from a plastic handle. Like, really easy and affordable.

But honestly, where’s the fun in that? Drinking Rubinoff is such a rite of passage, and something that unites college freshmen from all over the country. That shot might not feel so good going down (or coming back up later), but it will feel so, so good in a few years when you’re reminiscing about it.

When you’re home for your first break from school and you’re reuniting with your old high school pals, you’ll notice that is everyone’s obsessed with the restaurants in their respective college towns. Someone will rave about the sub shop they all go to, or about the amazingly cheap Chinese food they get delivered at 3 a.m. Let yourself into the conversation by exploring all the great food that’s near your school.

Never again in your life will you be surrounded by such good food for so cheap, or a group of people who are always down to go binge with you. Food is something that brings people together in such a powerful way, so gathering with friends at a local eatery is one of the surest ways to make the college memories you read about.

4. Don’t visit home (unless you really, really have to).

When I was a freshman, especially during the fall semester, I visited home a ton. I attended school about 45 minutes away from my house, so I was constantly finding myself waiting for my mom to pick me up on Friday afternoons.

I’m not going to sit here and say that visiting home wasn’t fun or relaxing, but it certainly wasn’t as satisfying as I’d been hoping for, mostly because what I was looking for wasn’t at home.

I had maintained great friendships with my high school friends and was definitely missing them while I adjusted to college life. I was hoping that during visits home, I’d feel like I was visiting them, even though none of them were around. Going home as often as I did accomplished pretty much nothing except keeping me from making college friends quicker.

So don’t go home, not unless you really have to. “Really have to” means there’s a family emergency or you’re in dire need of a laundry intervention. Otherwise, just stay put and try to let the college life fulfill you. If you’re really homesick, FaceTime with your parents/siblings/friends/pets, or better yet, ask them to come visit you! Take it from me, removing yourself from the environment you’re not comfortable in is the worst way to acclimate it.

5. Remember that you have the rest of your life to work in an office, so don’t kill yourself trying to get that unpaid internship right now.

I cannot tell you how many times you’re going to hear about the importance of internships between starting college and graduating. And I totally get that they’re super important in getting your foot in the door with real-world jobs. But please, please, please don’t lose sleep over scoring the ultimate summer internship, especially if it isn’t paid.

Remember that after you graduate college, you’re going to be working for at least forty more years. If the internship doesn’t happen this summer, just try again next year. It’s not worth getting upset over a job that isn’t even going to pay you.

6. Learn how to pick your battles when it comes to friendships.

This little tidbit is specifically aimed at all the folks going to a small college (because, yes, the social scene is way different than at large universities).

I have a friend who went to a tiny college who told me she got super screwed over by her friends between junior and senior year over housing lottery stuff. The girls who screwed her over were total a-holes and left her living with a more random group of people, but my friend still kept the a-holes around pretty much because it was way too much energy to fight with them.

That’s not to say my friend was a pushover and stayed BFFs with the a-holes. They got a demotion to what she calls ‘party friends,’ or friends she only really talks to at parties or when she doesn’t know a lot of people in a class.

Sometimes (or all the time, even when you’re at a tiny school) it’s better to ditch the negative people in your life because life’s too short to even keep them around!

7. Know that your professors are probably the coolest people on your campus.

Your professors are a bunch of people who liked some random subject so much they dedicated their entire lives to studying it and teaching it to anyone who will listen. Anyone who makes a career out of James Joyce’s literature sounds like a fantastic person to me.

Your professors have seen it all. They have the most fantastic life stories to share with you, or anecdotes about the places they’ve traveled, or gossip about ultra-famous intellectuals you’ve read about in class. Take advantage of this. Get to know them. Give them no choice but to know you by name. I can promise you, there is nothing bad that can come out of befriending your professors. They might even help you score that dream internship I told you not to sweat over.

8. Say hi to literally every person you see walking by.

This one is a little homage to my college roommate, Jenny, who said this while making a speech at our school’s first year orientation.

Say hi to everyone, especially as a freshman. It doesn’t matter if you’ve met them before, or if you think they’re a senior, or if you’ve heard bad things about them. Give them a smile and say hi. What’s the worst thing that’s going to happen? You’re going to be known as the friendly girl? I can think of way worse things to be known for in college.

9. You will see yourself beginning to change in college.

Know that this type of growth is okay. College is the time to find yourself. Embrace the change, who knows what it could lead to. But never forget where you came from, and always be true to yourself. Never be something you’re not.

I think I can speak for a good chunk of recent college graduates when I say that if I could go back and live it all again, I totally would. So, incoming freshmen, do me and the rest of 2015 a favor and live it the hell up, because college is awesome.