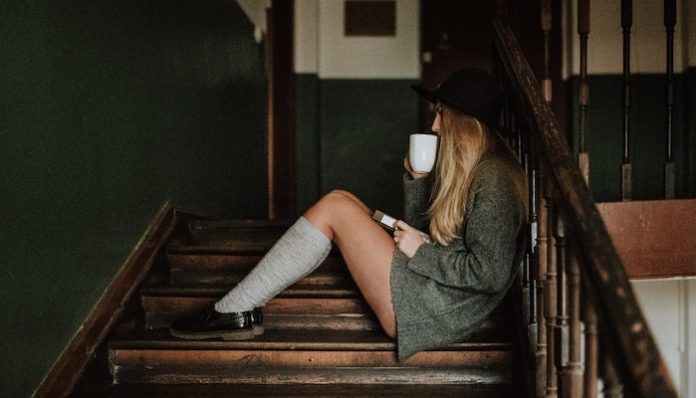 Growing up wasn’t easy for me. There are a plethora of reasons as to why I would categorize my adolescent years as abnormal.

I am a survivor of sexual and emotional abuse. It’s something that’s still difficult for me to say, or for me to go into details about. But looking back on my teen years is easier than looking at my childhood. Due to a dissociative disorder, there are a lot of memory gaps when I try to look back at my younger years  —  but I remember vividly what it was like to be a teenager. It was hard. I felt lonely, ugly, and extremely out of place.

Teenagers can be ruthless.

I had a lot of zits when I was a teenager and couldn’t cover them up like other girls because I had eczema. Imagine the overwhelming shame and embarrassment I felt, having to be around people with a face covered in big red zits and eczema rashes.

People looked at me like I was a freak who belonged in a cage at the circus. I remember one of my friends dragging another girl across my playground excitedly just to look at my face and talk about how grotesque I was. Boys would stare and say “urgh” and ask me if I’d taken drugs. But looking back — I had red eyes and dry skin around my mouth and hands — that was it, but teenagers have this horrid tendency of grouping together and making a big deal out of things because it’s “funny”.

It wasn’t funny. The bullying, coupled with what was going on in my personal life, made me suicidal.

It was a really difficult time in my life. It smashed my family to pieces when the man who tried to abuse me was arrested. I was only 15. My parents were struggling. I felt like I had no one to talk to about the flashbacks that I was having.

Small kids don’t know better when they began bullying others. Often times, they are just mimicking their parents behaviors. At 15 though, these kids should have known better.

As a teenage girl who had been abused, bullied, and was dealing with anxiety, depression, and PTSD, I felt worthless and weak beyond measure. I felt robbed of my power.

Now, as an adult, I realize how amazing and brave I was.

This is how young girls get their power back

The truth is that in life, many people will try to rob your power. People will convince you that you don’t belong. That you are weak and not worth their time or energy. Whether its for the way you look like, the books you read, the things you like to wear, you dislike for parties and drinking  — or simply because you are a girl.

You may feel prudish and ugly for being uncomfortable with your sexuality. You may feel that your consent doesn’t matter. But it does. Everything about you matters.

We need to care about our young girls, their health, and their mental wellbeing.

It is not a “right of passage” to have a difficult teenhood.

Teenage girls don’t have to fend for themselves. There is more that we can do more to support our teenage girls. We cannot stop the darkness of the world around them, but we could do more to teach our girls how to hold on to their power.

Ensuring there are support systems in place and adults around them that they feel comfortable talking to. We start building up a girl’s confidence by addressing their low self-esteem  —  which makes them more susceptible to being targeted by abusers.

Things could have been so different if I had someone to talk to or a support system around me. Sexual education needs to be more available in our teen’s classes. There needs to be honest conversations about mental health. Teens need to know that their worth isn’t based on how they look. Most importantly, educating people on abuse and manipulation and how common it is in today’s society.

It is so easy to put the former points into action. But instead, we leave teenage girls to fend for themselves and force them to have to deal with their childhood traumas and poor self-esteem as women.

I am one of those women. Now, I am trying to love myself and do my best to move on from all the things I have been through. I am undoing all the lies I have been told growing up. And as each day passes, I grow a little bit more and feel a little bit more healed, and I realize that something beautiful is happening. I am becoming a woman who loves herself and knows that I am worthy and that I matter. Now I realize that I am not to blame for the actions of the people who hurt me. There is no shame in being me.

I am getting my power back.

Why Living At Home After College Is The Best And Worst...