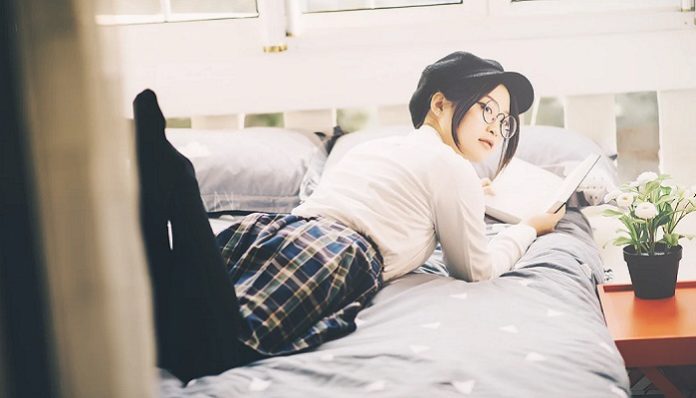 I’d like to challenge you to expand your imaginations for a moment, and let’s travel in time back to the first grade. You awake at the crack of dawn, and your family is partaking in its usual hustle and bustle that coincides with regular morning chaos. You’re starting at a new school, and never having been one of the more naturally outgoing kids you envied, you’re a bit nervous about making friends. You put on your plaid skirt that you will be forced to wear every day of the week for the next twelve years, and off you go. Coming from a mostly diverse kindergarten, you are accustomed to being around all different types of kids from all different walks of life, whether you realized it or not. At the new school, you watch as the one black boy in class is treated just slightly differently from the rest, and you can’t figure out why. You watch as the girls with the brightly colored ribbons in their hair and who have the nicest things seem to be praised by the rest of the students. When kids ask you why you have a different last name from your mom and why your parents don’t live together, you aren’t really sure how to respond. “Are you adopted?” one asked. “I think your parents adopted you and they just haven’t told you yet,” said another. And my personal favorite, “Your parents had you before they were married. They’re going to hell.”

Welcome to the life of a Catholic schoolgirl.

If I didn’t make that blatant enough, the hypothetical girl was me. Please note that I am simply providing you with a personal account of my experiences, and I realize these are different from that of others. There definitely were some positive aspects about attending a Catholic school. The academics can be quite rigorous and the teachers truly do care about your education. After all, they sacrifice the possibility of having a much larger income were they to work at a public school. I will admit that I’m not sure if I would have the same work ethic I do now had I not attended these schools.

On the other hand, for a kid who was pretty shy growing up and had some confidence issues, a place that suppressed individuality the way Catholic schools do was probably not the ideal place for me. In sixth grade, our religion teacher read us the Bible verse that has sparked hatred and controversy throughout the world, Leviticus 18:22. “You shall not lie with a male as one lies with a female; it is an abomination.” I remember our teacher telling us that these gay people were not gay at all, that they were simply “confused” and needed our prayers. That was the first time I began to question my faith. Up until that moment, I had basically accepted what was preached at me like a good Catholic girl should. There was something about that passage and the purely hateful words my teacher spoke that caused me to question everything from that moment on.

The next year, in seventh grade, there was an occurrence that multiplied my already copious amounts of questions. My science teacher brought in her “cousin”, an education major, to sit in on the class as a mentee. I might add that all of the students, myself included, loved her. You could say she was the “cool teacher.” With Facebook just coming into play and MySpace already long gone, some of my friends decided to creep on the teacher online, because what else was there to do back then? Interestingly enough, in the profile picture featured her saying her “I do’s” to… her cousin? Obviously, the girl she mentored was not her cousin at all, but her wife. No wonder they laughed so much when kids told them they looked alike. Oddly enough, that science teacher did not return the next year.

My aunt is like a sister to me, and is one of the most important people in my life. Being that she is gay, it breaks my heart to imagine her or any member of the LGBT community having to attend a school like this. When I think about the suppression that I felt and I saw throughout my years there, I cannot even imagine how they would feel having to hide such an important part of their identity. If you dismiss this as exaggeration, perhaps you have not heard of the newest contract that teachers of the Roman Catholic Archdiocese of Cincinnati are forced to sign to avoid termination. In this contract, the teachers must agree not to support any same-sex sexual activity, use of birth control, abortion, sexual activity outside of wedlock, use of in vitro fertilization, and much more. To put it simply, a Catholic schoolteacher could be fired if she were to become pregnant before marriage. What’s more, they would risk losing their job and source of income by publishing an article condoning gay rights on the Internet, so I guess I won’t be teaching at a Catholic school any time soon either.

I believe most rational people would agree that these kind of restrictions are ludicrous, a violation of one’s personal life, and should most certainly be illegal. I dream of a world where that delightful science teacher could come strolling into the classroom of a Catholic school proudly introducing the students to her beautiful wife. I imagine a school system that preaches of love, not hatefulness and disdain disguised as an attempt at love. I longingly wish that my aunt and her wife could one day be able to offer their child the education I was able to receive, so long as these other issues were fixed too. The wonderfully challenging academics are one aspect of it all that I will never neglect to appreciate. However, while tradition is important, you can’t maintain outdated traditions in a world that is fortunately becoming much more progressive. My thoughts on the Catholic school system are as follows: either get with the times, or get out, because your ruthlessness is helping no one.

Featured image via ToT on Unsplash