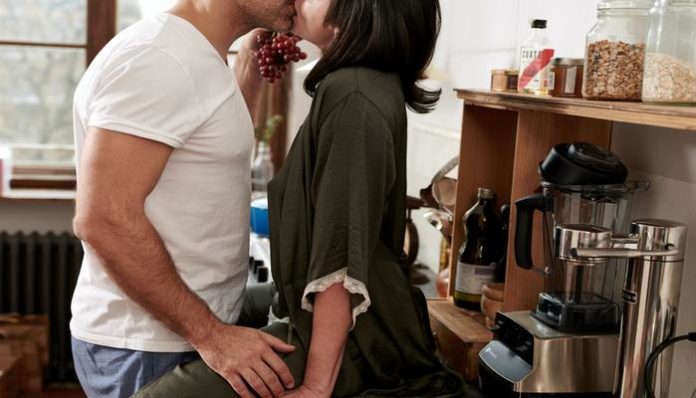 Sex is different for everyone. Some people never have a true interest in sex. Others are extremely sexual by nature but most people are in between. It for some can be wild, casual, and meaningless. While others need a connection and feelings between them and their partner. I’m in the middle. Sex was never super emotional to me but I still required myself to feel comfortable with the person first.

I had to have a connection with the person , I had to get to know them.

I was not made for meaningless sex. Never in my life have I been able to just “hook up” with someone and never speak to them again. It is difficult for me to become emotionally comfortable enough with someone to have sex.

This idea didn’t just pop into my head overnight. I have thought about this for a long time; finding someone to just “hook up” with and never see them again. It was something I dreamed to do at one point. I could bring myself to actually do. Anytime I thought about it, I would always mentally sabotage myself to talk myself out of even attempting to do so.

After my failed engagement, I set out on a mission to potentially having meaningless sex. When searching, I became emotionally attached to my now-husband. Whenever I attempted to make a move to have sex with him before I was emotionally attached, I would convince myself otherwise with all the potential “what-ifs”. Before I knew it, we were having conversations in my kitchen until 2 am than all of a sudden we were going on dates and in a relationship. We fell hard for each other and any attempts for a meaningless fling flung out the window.

Anyone who is able to just having meaningless sex is a badass, in my opinion.

Because they’re able to get past any mental block that they have in order to do the deed. While that mental block may be easier for some to get past, it doesn’t mean it’s any less of a process. We see it in the media all the time, where a woman meets a man who has sex then just walks away like nothing ever happened. It’s a superpower some women have.

So while I may never be able to meaninglessly have sex with someone the important thing is I feel comfortable with my partners and have sex for reasons that are good enough for me. As long as it’s comfortable for you, then go forth with it! It definitely saves a lot of drama with relationships in the long run and provides a huge set of benefits (like the sex is bad, at least you never have to see them again and can ghost them!) Just keep the sex good and consensual.

You Were Perfect On Paper, But You Weren’t Perfect For Me