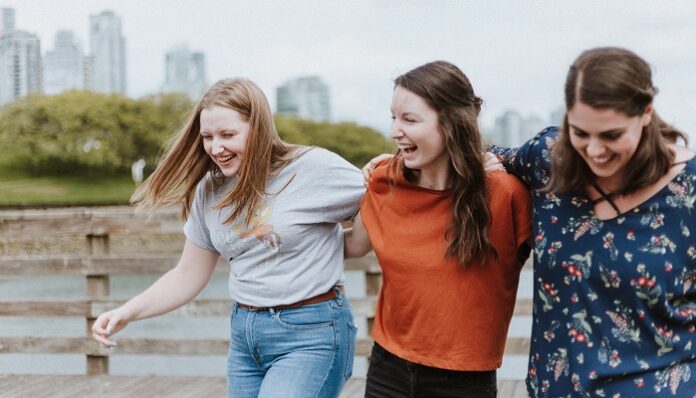 A manipulative and toxic friend is someone who expects more but doesn’t give anything in return — like Regina George from Mean Girls. It can be hard to know when it’s time to rid your life of toxic friends, especially when you don’t know how to meet new people and find new friends, but it’s important to see the signs of a bad friendship.

Friends come and go, but how do you know when you need to let them go?

Don’t let your old friends make a negative impact on your life.

Instead of keeping old, toxic friends in your life, it’s better to learn how to break up with a friend properly so you can rid your life of that negativity. If you find you’re telling yourself, “I need new friends,” listen to your inner voice — use these 15 signs to know who is a toxic friend so you can focus on learning how to meet new people and make new friends you can actually count on.

1. Your friends never make time for you.

Now any friend who says they have no time for you is lying — friends make time. Do I mean that they work 9-5 and then can’t see you? No — I’m the type of friend who says they can’t hang out all week and then when you ask about next week they’re like, “IDK how my schedules looking.” Sure, you don’t always know how your schedules might coordinate, but if a friend really wants to make that time to hang out with you, they’ll let you know as soon as their schedule opens up.

2. They are overly critical of your life choices.

At the end of the day, you’re your own person. Don’t let anybody tell you not to do something. You can make your own decisions — deep down you’ll know if you’re making a huge mistake. Your friends are supposed to take you by the hand, support you, and guide you gently down the right path, not yank you to where they think is right every single time they disagree with you.

A big issue with toxic friends like this is they’re quick to tell you to do things that serve them, and not always you.

3. They bring negative energy into your life.

Don’t keep friends in your life that bring you constant negative energy. Seriously.

If you’re a positive person (like I am), you can’t have have a friend 24/7 making you feel like crap. You don’t want that in your life. It’s not good for your mental health.

4. They constantly want to involve you in drama.

5. They expect more from you, but don’t give you more in return.

I don’t care if this person has been your friend for 10 years years or 10 minutes — if she needed $100 and you gave it to her, and she would never do the same for you in return, that’s not a true friend. Sure, there’s no price on friendship — you give without expecting anything in return, but there’s a difference for when you give a friend all that you can give and when the opportunity arises for them to help you … they don’t even offer. You should be able to have each other’s backs.

At the end of the day, we’ve all had that one friend that just walks all over you. They come over and say “let’s go to a party” but then things change — suddenly you hear “I have no money” when you go to buy the liquor bottle on the way. You drive each other there, and you have that friend who starts flirting with the guy she knows you’re interested in.

You’re basically treated like a step stool to help them get what they want. The sooner you lose this toxic friend, the happier you’ll be. ​

7. They never put you first.

Obviously, can you always put your friends first? Of course not! You have to think about yourself first — your health, your job. But there are times when your friends need you and you have to prioritize those relationships too.

But if you’re with a person who never puts you first, it’s time to say goodbye.

8. You find out your friends are fake.

Eventually, you’ll always catch a fake friend — but sometimes it takes far too long to realize it. Over the years I’ve gotten better at not allowing these kinds of people into my life, but in the past, boy did I let them walk all over me.

Pay attention to the people in your life and make sure they are who they say they are, and that they always have your back. Your friends owe it to you to be truthful and honest, so if you start catching them in lies, it’s better to end it before things get worse.

9. When you feel like the you’re only one contributing to your friendship.

I was so mad the first time I realized I did this. I was always initiating the hangouts, and always texting first.

Let’s remember, being in a friendship is similar to being in a relationship — you don’t want to be the only one pursuing. Your friends need to pursue you back. You need to know that they want your time just as much as you want theirs.

I had this friend that used to make me feel really bad for her. She would dwell on how things were so hard for her. It was like everybody treated her so badly to the point where she would make it seem like I was a bad friend for not fending these people off or even for missing a phone call.

No one should make you feel like you’re doing something wrong, or that you’re something you’re not. It’s a form of manipulation. It’s not your job to put aside your issues for someone else’s instead, and it’s important to trust your friend to not manipulate your feelings.

11. They make you feel like you’re not good enough.

Have we all seen the movie The Duff? I love this movie, especially because in the end she realized her friends never even thought of her as fat or ugly, it was just all in her head. But one thing we all need to realize is that if your friends make you feel ugly, they are not good friends to have.

Here’s an example: I had this friend who used to make it sound like I needed to improve myself constantly. Sure, people would tell me I was pretty, but when they saw her they would say things like “OMG, she’s gorgeous”. But when I had braces and frizzy hair, I remember her almost looking down at me. If I wanted her advice, she would shut me down and make me feel inferior. It hurts. Just because someone doesn’t have clear skin like you, or their hair isn’t as tame as yours, doesn’t give you the right to make them feel like they’re not good enough.

If someone does this to you, exit this toxic friendship. You need someone who will treat you well and be there to support you and make you feel powerful.

Do you have a friend who makes you feel less-than?  Friends who put you down or make you feel ugly can ruin your confidence and self-esteem, but friends who belittle you can completely ruin your state of mind. Don’t let those people be a part of your life. Period.

You ever feel like you’re a part of a friend group that you’re not really in? Like they almost allow you in their friendship circle, but don’t have you take part in things? An example could be inside jokes you’re not involved in.

Sadly, there are people who use people as temporary friends, especially during fights with their own friends or to help get into other social circles. It’s important to know that your friends are there for you and you only, not as a step to other, better (cooler) friends.

It’s not right when you have friends that either don’t respect your wishes or your time. Let’s say you have a limited amount of time to see a friend and they’re ridiculously late when they know you have plans later. Let’s also say they have no respect for your personal space such as your social media, and they do things like delete your pictures or upload new ones.

Those are the types of toxic people who aren’t going to be there to support you in the long run.

If all and all you feel like you have crappy friends or you surround yourself with people who make you feel like you’re not worth much —especially when you make them feel like they are — they’re not friends for you. Allow yourself to slowly ease these toxic people out of your life so you can dedicate yourself to finding new friends who are deserving of your time.