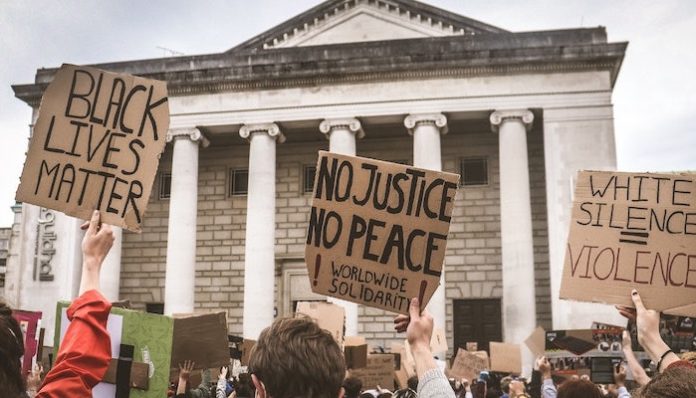 It’s June. So as most queer folks know, the end of this month is typically filled with Pride celebrations galore. This year though, it’s Wrath Month.

Too many people don’t know how Pride actually began. Each year, we are celebrating the anniversary of the Stonewall Riots. On June 28, 1969, the Stonewall Inn in New York City was raided by police, throwing folks out the bar and beating them. It was only 51 years ago that it was illegal to be in same-sex relationships. Protests filled the following six days; folks fought for queer rights in odds with a system that was against them just being themselves.

Without women of color like Marsha P. Johnson and Sylvia Rivera, we would not have Pride. They were the heart and soul of the gay rights movement in the ‘60s as they founded STAR (Street Transvestite Action Revolutionaries) for young queer, trans, and gender-nonconforming folks, funded by their sex work. They had their own house to act as a queer homeless shelter, hosted dances with other organizations around NYC and tried their best to help other queer folks on the streets. While they didn’t start or end the gay rights movement, they turned it on its heels and became role models that inspire queer activists and organizations to this day.

This Pride Month, we are surrounded by protests and riots once more, but for a different fight. I have heard over and over that the protests for Black lives are too violent, too dangerous, and that they won’t bring the right change.

I beg to differ.

Fifty-one years later and we have found so much more comfort within the queer community. However, it has been White-washed and homonormative (queer relationships and lives mirroring heterosexual ones, erasing the kink and raunchiness of queer history). The United States is biased against Black folks and systemic racism remains clear as day.

With the death of George Floyd, people have taken to the streets to fight for their rights, for a change in the system that is constantly against them, and to find peace for those that have been killed.

Queer people need to remember their roots. Know that without Black folks and people of color we would not be holding Pride each year. We need to recognize that these protests and riots are what will make a difference and we need to support this change. If you are unable to get yourself to a protest on your own, make sure to donate when you can — even if it’s just five dollars. Call your local political representatives demanding justice. Read up on the other resources available to help in the worldwide fight for equal rights.

Photo by Thomas Allsop on Unsplash

Is Love Really All You Need For A Successful Relationship?

The Facts Tell Me I Can No Longer “Agree To Disagree”...