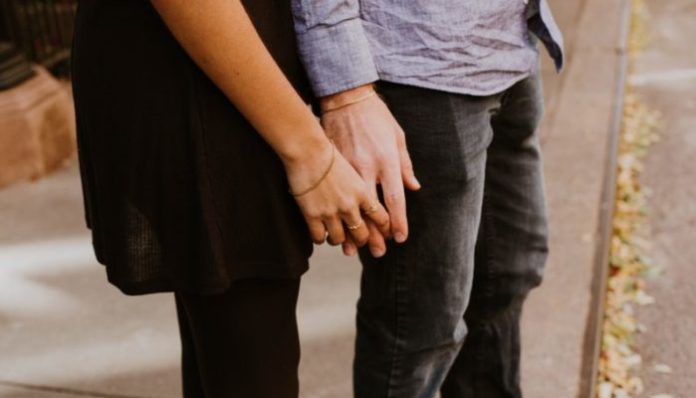 Are you with a guy who can’t seem to take the next step in the relationship and actually commit to being with you? While you may irrationally go into the typical fear-based thoughts we all have such as “the sex must be terrible for him,” “am I too clingy,” and “what did I do wrong,” the truth is, there is nothing you’ve done wrong. In fact, the guy may be head over heels for you but not making enough money at his entry-level job to be able to be the amazing boyfriend he knows that you deserve.

Think about it: young professional men in their twenties are just starting their careers. As a result, most of them are even struggling to pay their rent on time. Adding to the additional expense that comes with taking a girlfriend out to dinner and brunch it can be overwhelming for any guy. Now, it seems like there is a trend of young professional men to stay single for a lot longer than in previous generations. This is the time that young dudes are looking to save whatever they can for their future.

However, for women, we don’t have the same perspective about money as men do. For us, paying our bills on time is often overlooked. Being in a commitment with a bank is sometimes not a young woman’s first priority. Instead, she is out there in the world finding a soulmate to call her own.

Apparently, men and women view financial stability in different ways. As a result, guys feel extreme pressure to be able to provide for women in relationships which lead to more and more young men staying single until they feel like they are in a much better financial position to take on the additional expense of a woman. Here are just some things that men will typically take into account when it comes to his finances and getting into a relationship.

They Need To Feel Like They Are Your Protector And Provider

This concept goes way back to caveman days when men were born and bred to fight and provide for their women. In fact, men are now simply wired to be providers and protectors. While we’ve come a long way since the caveman era, if a man feels like he can’t afford to take his girlfriend out on dates regularly, buy a bouquet of roses just because, or surprise their girlfriend with a birthday gift, they don’t want to get into a relationship. As a result, even if a woman can financially take care of herself (which most women these days can), men want to feel needed in relationships. In the end, men will feel like losers if they are unable to provide their women what they need and deserve.

Just like men want to show up in a relationship debt-free, they seek out women with the same values. In fact, women who are inundated with student loan and credit card debt are struggling in the dating world. No guy wants to inherit their partner’s debts. While reaching financial freedom can seem unrealistic, it could be the one way for you to get out of singledom and find a partner to share your life with.

In the end, guys view relationships from the perspective of finances. If they feel like they are in a comfortable financial situation, they are more likely to get into the dating scene and actively look for a partner to share their lives with. However, when men are unstable financially, they tend to find themselves staying single until financial freedom is achieved.

3 Things Your Mom And Dad Never Told You About Debt