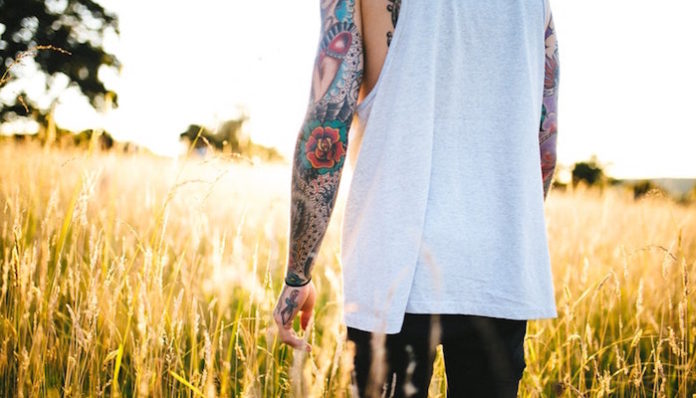 When one thinks of permanent life decisions, they usually think of death, taxes, families, and tattoos. While two are morbid and bleak and the other two are personal life choices, they all are attached to the concept of forever.

I personally don’t have any tattoos. I was told from a very young age that they were unbecoming and that I wouldn’t be able to be buried with the rest of my family in the cemetery, as well as be cut out from the family will. All three are highly consequential reactions to the action I took if I chose to get a tattoo. For the last reason alone, I decided I would never get a tattoo.

Over the years, I’ve encountered and befriended many people, some of whom are my closest friends and they have tattoos. They have told me stories about the significance of their tattoos, the placement of their tattoos and what their thought process was behind getting said tattoos. Of course, they did not to leave out the painful details of getting inked themselves. The thought of sitting for a tattoo and the stabbing pain that would cause me freaks me out. Hell, I don’t even like to have my blood taken because I’m THAT afraid of needles.

Even though tattoos have become less taboo over the years, many still frown upon those who have them. While I don’t fully understand the premise behind tattooing your face (yes I’m looking at you rappers,) I do understand that they can in fact have significance.

I went to Electric Daisy Carnival in Las Vegas a few months ago and I decided I wanted to be adventurous. While I was in Vegas, I decided I wanted to get a tattoo for the occasion. Now, you may be thinking to yourself “but Howard, didn’t you say you would be cut out of your family’s will if you got inked.”

Luckily for me, there is a great company called Inkbox. They sell semi-permanent tattoos that last anywhere from 8-18 days. You can either purchase one of their already designed tattoos or work with their design team to get a custom print. The concept is that you can try out what the ink would look like on your body without making both a lifetime commitment and large financial commitment to getting inked.

I decided if I was going to do it, I was going to commit and do two different designs. I’m more of a minimalist and I found two that best fit my aesthetic. I decided to get a world map (that I placed on my wrist) and the word “love” in Hebrew (placed on my bicep). Both of these placements also served as a means to hide them if need be for before and after the festival.

The most interesting thing about having a tattoo is waking up every day and seeing it on your body. It’s not like a pen or Sharpie mark that comes off, that tattoo is there every day. Luckily (or unluckily I can’t decide) because I was in the middle of the desert sweating my butt off, these tattoos faded faster than Deena from Jersey Shore on a night out in Miami.

Over the course of the festival, strangers did ask me about my tattoos and I noticed that having tattoos often serve as a way of making conversation with a complete stranger. As a human being who is constantly curious, I’m fascinated when people tell me the origins of their tattoos. There are times where people have simply said they got the tattoo “because it would look cool.”

Despite the stigma surrounding people with tattoos, tattoos serve as the best form of identity and personal expression. Whether it’s something symbolic of your past, a way of paying homage to your family, or as basic as it looks cool, people are putting ink on their bodies at ease.

In my opinion, one of the most iconic people in this world has one of the most iconic tattoos. Dwayne “The Rock” Johnson, who started out as professional wrestler and had the moniker “The Brahma Bull” tatted himself with one, and also inked himself up with tribal tattoos to honor his Samoan heritage. If that isn’t a form of self-expression, than I don’t know what it is.

Our tattoos tell stories of our past; they are mementos for a point of time, and they can serve as a reminder to keep fighting or honor those we’ve lost. Whether it’s a colored ribbon commemorating someone who died from cancer, or a family or friend’s name, people carry these tattoos on their bodies as a way of holding onto something no longer physically here on this earth.

As I continue to grow and encounter new people, I remember that tattoos often serve a larger purpose, and before I pass judgment on who they are as a person, I should stop and learn more about them. I’ll leave you this nugget of wisdom: the unlikeliest human beings could be your closest friends at the end of the day.