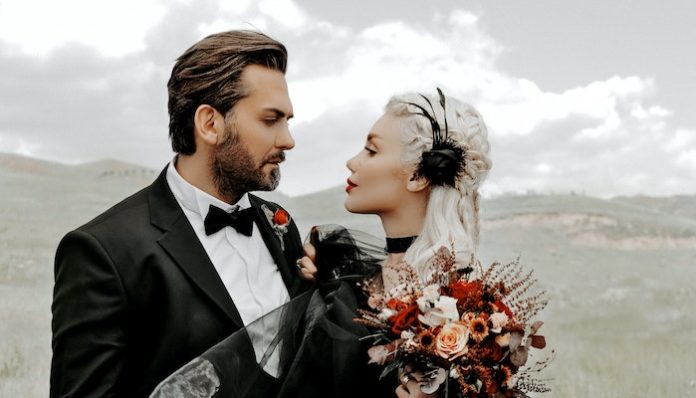 After 21 years of patiently waiting, the most anticipated day finally came.

I vividly remember standing in front of a massive glass window ceaselessly watching the planes drift into the abyss. And I smiled at the thought of new beginnings and the myriad of adventures that await for every beautiful soul on board in every corner of the world. Knowing that in a matter of minutes, I will be on my way too.

“This is the final boarding call for passengers flying to JFK. Your flight is ready to leave,” said the ground crew. I instantly snapped back to reality and felt a rush of butterflies in my stomach as I walked towards the gate. “This is it!” I whispered to myself. I took a deep breath and hopped on a plane to New York City.

You know the feeling of meeting someone for the first time? The overwhelming feeling of excitement and anxiety that takes over you for not knowing what to expect or simply being afraid of knowing that they’re not exactly who you pictured in your mind; the kind of uncertainty that is both frightening and thrilling at the same time.

It’s challenging to characterize what makes the Big Apple whimsical — maybe it’s the breathtaking skyline that lights up the sky, the signature yellow taxis you often see in movies, the fast-paced lifestyle that sucks the life out of people but at the same time love so dearly, the fancy restaurants and dollar pizzas in every corner of the street, or perhaps its ability to bring hope to your life that no matter where you’re from or who you are, your dreams could be made possible in the Empire city.

My heart raised as the plane touchdown on the runway. I looked out the window and grinned cheerfully at the thought of being in the land of endless possibilities.

I hurriedly disembarked the plane and got through airport security. As I passed through the arrival doors, it suddenly dawned on me that I am no longer living a fantasy but a reality — I made it to New York.

I couldn’t believe my eyes as we drove down the busy streets of Midtown Manhattan. Its dazzling skyscrapers were glistening as the golden sun got closer to the horizon. My heart skipped a beat the moment we crossed paths — the kind of thing that effortlessly had me at hello.

Have you ever met a stranger and instantly felt like you’ve known them your whole life? In other words, like finding your own soulmate; that’s how this city touches your soul.

There was nothing better than being in New York during the holidays. The vibrant streets of Manhattan were colorfully illuminated with festive ornaments, the frosted trees dancing to the rhythm of the cool breeze, and the cheerful people beam with joy as they walked hand in hand with their loved ones. The unfathomable bliss that wreathed the atmosphere absolutely brought warmth to my heart as I braved the cold and snowy weather.

As I wandered farther, the next thing I knew, I was standing in front of the iconic Radio City Music Hall. I had to take a second glance to ensure I wasn’t dreaming; it was just too good to be true. All I could think about were the legends who walked through those doors, dedicated their lives to their craft and changed the world. Nothing quite like basking in the presence of greatness.

The minute I reached the corner of the street, I was taken aback by what came across me. It looked exactly like winter wonderland on steroids — it was the Rockefeller Center. I stood in the middle of the complex for a good hour, keenly exploring every bit of what makes this place remarkable. It was easy to love what’s good on the outside; the extravagant Swarovski Christmas tree, the enormous skating rink, the designer stores, quintessential architecture and what not.

But I guess, what really mattered to me was finding out how this city touched people’s lives and why they kept coming back for more. There has got to be more to it than meets the eye. After all, it was just the first date. Who knows what tomorrow will bring?

Love. It brought me love in a blink of an eye — the kind that I never knew existed. I was already in too deep and there was no turning back. My life has been forever changed by the city and I was all in for the wild ride.

I woke up to the wailing sound of city traffic and the aroma of various cultural delicacies sold on side street carts. I grabbed a classic lox and schmear bagel and a cup of coffee to keep me company as I battled the maddening New York morning rush. Boy, I’ve never felt more alive in my entire life. The smiles and random howdy-dos from passersby radiated warmth as I made my way to the Empire State Building in subzero weather. I stood in awe witnessing the beauty of the city in a different light and then I realized that I have finally set foot in one of the most iconic skyscrapers in the world — something I’ve fantasized for as long as I could remember.

From then on, I found myself aggressively crossing off a whole page on my bucket list — picnic at Central Park, cruise to the Statue of Liberty, pay respects to the fallen at the Memorial, touch the Bull’s Balls for luck on Wall Street, explore Times Square, eat the famous pastrami from Katz to name a few.

Apart from the glitz and glam of the Upper East and Upper West Side of Manhattan, what truly depicts and makes the city exceptional is what lies beyond 14th street. From the graffiti and satirical street art-lined walls to the wide-array of gastronomic delights, you’ll surely get a taste of what it’s like to live like a true New Yorker. I hopped on the subway and watched the glimmering Manhattan skyline go by as I made my way to Brooklyn — an eccentric and lively neighborhood that sparked a flame in my creative soul without even trying. I took a stroll under the Brooklyn Bridge as the cool breeze from the East River serenaded me and the mesmerizing city lights ignited a happy glow in my heart.

Just like relationships, you slowly get to know the quirks, what makes them tick, and who they are in their most vulnerable state and the best part is you love them even more — that’s how you fall madly in love with New York City. In a span of 2 days, I got to immerse in the best of both worlds and I’ve grown to love every version of it — the good, bad, and the ugly.

It was the last day of 2014 and I couldn’t be more grateful to be ending the year in the city and welcoming the new year at the famous annual ball drop in Times Square. To say it was amazing is an understatement. The mere fact that people waited all day in the freezing cold to witness and be part of history was extraordinary; at least for a day, people from all over the world set aside their differences and come together to celebrate life, family, friends, and new beginnings. I became one with the cheerful crowd and like any sacrifices you make, it was absolutely worth it all. It was certainly the perfect way to cap off the whirlwind trip that only the city could have ever given me.

I came to New York with a particular mindset and expectation of how it was portrayed on screen and it did not disappoint. However, the reason that made this experience surreal was not solely because of how beautiful it looked externally.

It was because of the melting pot of cultures that give the city its life that makes it unlike any other. The people you meet from all walks of life humbles you and expands your understanding of the world. I never thought that it was possible for strangers to instantly become family in such a short span of time, for dreams to be fulfilled in a heartbeat, and your outlook on life to change for the better in a New York minute.

If anybody says otherwise, clearly that person hasn’t been to the city. Being in a city that thrives on individuality, creativity, and self-expression awakens your soul to unimaginable ways that constantly inspire you to become the best version of yourself — and that’s the only kind of love you deserve.

It only took 3 days – to experience genuine happiness, create lasting memories, achieve milestones, and find the love of a lifetime. I knew in my heart from that point onwards that no matter how far I wander, I will always find my way back to the city — I was right.

Since then, I found myself living and spending my youth in the city that never sleeps and I sure as hell will stay awake if it means making love to New York City for the rest of my life.

Why You Don’t Need To Be Jealous Of The Girls Your...