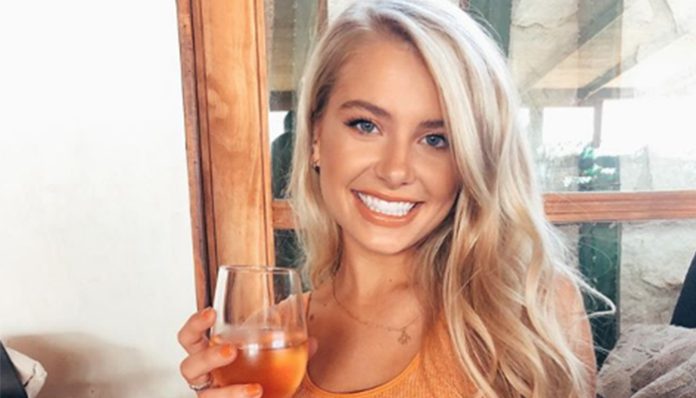 The Bachelor franchise is about finding love in ways you don’t expect! Furthermore, there’s always something new spicing up the scene. What are we in for next? Well, in the upcoming season of Bachelor In Paradise, we will see the franchise’s first same-sex relationship with Demi Burnett.

After the trailer aired on The Bachelorette: Men Tell All, Burnett proudly wore her crown:

In the trailer, Burnett talks about being in love with a woman. “I know that I love this girl. I’m just so happy that I found her.”

Surprisingly, Demi even says she could see herself with this woman for the rest of her life.

As a result, Burnett had no shortage of supporters in her happy news. Surprisingly, even fellow Bachelor alum shared the love:

While many showered Demi in love, she also contended with haters:

Many were even more inflammatory, calling her a “f*ggot queen.” Burnett did not, however, allow trolls to anonymously sit behind their keyboards. She even posted screenshots and stated, “Twitter do your thing.”

Coming out as bisexual in one of television’s most lucrative franchises was a risky move, but Demi decided staying true to herself was worth it. Nevertheless, she seems to be handling backlash well, thanks to the love outweighing the hate.

Thanks, Demi, for being unapologetically authentic, and also showing us what real paradise can look like.

Without a doubt, this is an amazing victory for the LGBTQ+ community. Tensions and discrimination continues to increase in our country, but major television network support for someone to openly show same-sex relationships is huge.

So, what do you think of this amazing victory for the LGBTQ+ community? Are you excited to watch the upcoming season of Bachelor in Paradise? We want to hear from you!

Should You Reconcile With Your Ex After The Divorce Is Finalized?

Research Shows That Sleep And Your Social Status Are Directly Connected

5 Places You Must Visit Before Turning 30