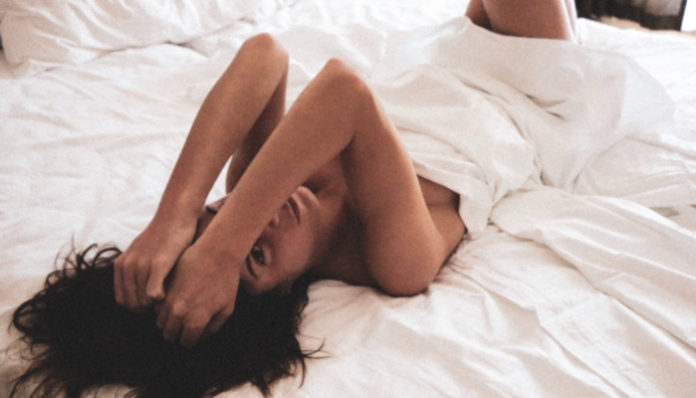 We live in a time where sexual intercourse has become not only meaningless but often an expectation. Guys assume that looking at them with a coy smile or batting our eyes as we sip a margarita is an invitation to the party in our pants. The reality couldn’t be further from the truth.

You. Me. You look at me like you’re a predator on the prowl. I can barely breathe as you beckon me to join you on the bed.

I’m not sure what happened to me the other night. I cried and spent nearly an hour in awkward avoidance with my best friend… then I tell her everything.

Everything in my body and my mind was screaming that it was a violation, an unwelcome penetration that, if it hadn’t been my partner, would have been a reason to report the night to the authorities. People say that “no means no” is enough and that men should respect our request. Phrases like “my body, my choice” and “assumption is not consent” bombard us through mainstream media, but the lines of reality are often much blurrier.

Can it even be labeled assault if you are in a committed relationship? Is it really rape if you initially say no but eventually grow tired of fighting?

Me. You. My legs scratch against the sheets as I try to kick away. My helpless plea of “Please no,” is instantly met with, “Oh, you’ll like it.”

When I shared the story with my best friend, an overwhelming sense of shame washed over me. I felt completely filthy, like I’d just climbed out of a muddy pit… except I’d actually gotten out of bed with my partner. I couldn’t shake the images that swirled inside my head. I desperately wished my mind could work like an Etch-A-Sketch and that I could somehow wipe the slate clean.

You. Me. Desire radiates from your body, whereas mine lifelessly lies upon the mattress. Before I know it, I’m completely naked… and so are you.

Suddenly, that voice in the back of my head started whispering, “You know that this was all your fault.” After all, I did eventually give up and just let him have his way with me, didn’t I?

Before I knew it, I was convincing myself that I deserved everything that happened, that I owed it to my partner to feed his ravenous sexual desires. It was my duty to satisfy his hunger… even when I wasn’t feeling it, even when I was afraid, even when I said no.

My friend kept using words like “violated” and “unwanted.” She insisted that the incident was not my fault time and time again. She validated my intense emotions and worked the magic that only she possesses to quiet the storm inside of me. Then she reminded me that I’m still beautiful and worthy of unconditional love, even if, at that moment, I felt worthless and alone.

Me. You. The fan’s cool breeze tortures my bare skin while sweat wafts from your body to my nostrils.

What late-night Googling led me to discover is this: spousal rape is totally a thing, and it often happens exactly the way it all went down for me. The demanding language. My excuses and objections. The unwanted touches of him pulling me in and grabbing my breasts while moving down. The expectation, like I owed him something. My silence and lifeless body lying there as my brain desperately tried to escape to a different reality, one where his face and upper body weren’t looming over me.

The sad reality is that over 10% of married women have experienced sexual assault by their spouses. Although marital rape finally received recognition in all 50 states in the early 1990s, 30 states still hold prosecution exclusions for rape when the victim is married to the perpetrator. People genuinely believe that spousal rape is less harmful than stranger rape. Honestly, I can’t fathom why.

Shouldn’t we feel safest in our own homes with our partners?

You. Me. I look up at your pleasure-filled face and try not to vomit as you climax. Instead, I dissociate just as I begin to feel the dull pain of forceful penetration.

Marital rape doesn’t happen because the wife is withholding sex. In fact, many victims report that they have consensual sex with their partners on a regular basis. Many men use spousal rape or sexual assault to express control, aggression, or dominance. Also, unlike stranger rape cases where the victim is only attacked one time, marital rape can be a reoccurring event throughout a marriage.

Me. You. I shed silent tears as you enjoy another restful slumber filled with satisfaction and euphoria.

I never thought my husband and I would be connected by a word like rape. Yet, here I am, once again trying to find my footing as an assault survivor.