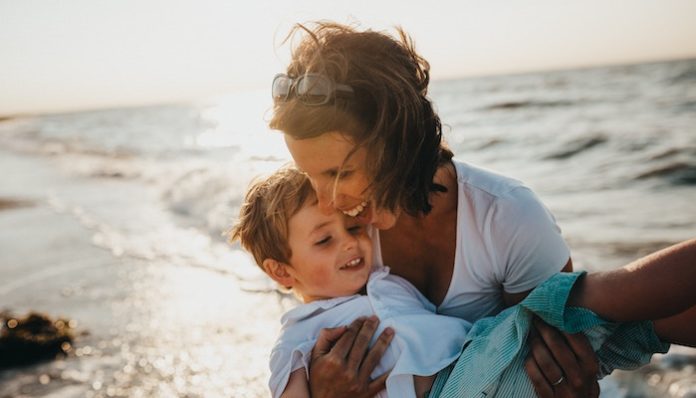 When people used to ask me if I had any children, it always ended up being a rather complicated question to answer. For years, I dreamt of being a mom. Unfortunately, a severe case of endometriosis and polycystic ovaries took that dream away from me. My boyfriend and I “tried” for a while (basically with no protection and no birth control) but we were never successful.

I had always suspected I was going to have fertility issues due to the fact that my lady parts never seemed to function like they were supposed to (but that’s a whole different story). Nevertheless, it was a shitty feeling having a NEGATIVE screen glaring up at me, once again. Eventually, I gave up taking pregnancy tests and just kind of let it go.

After a diagnostic surgery confirmed that I have severe endometriosis, adenomyosis, and majorly polycystic ovaries, I made the heartbreaking decision to have a total hysterectomy. I thought it meant I’d never be a mom.

The pain was too debilitating, the ruptured cysts occurring too frequently. It was pure hell. (PSA, a hysterectomy is not a permanent cure for endometriosis. Excision surgery is the only option if you want to greatly minimize your chances of reoccurrence.) However, I also had adenomyosis, so a hysterectomy was necessary.

That, in turn, meant no babies for me. Even though I know it was the best decision for my health, it was still incredibly painful to close that chapter for good. In the end, I am glad to have made that choice. Throughout all of that, I had the greatest support team ever: my wonderful boyfriend and his two children. We aren’t married, so technically I am not their stepmother. However, we’ve been together for 5 years so for all intents and purposes, I am their bonus mama.

I think one of the most influential reasons as to why it was relatively easy for me to adjust post-hysterectomy were those kids. So, two reasons I guess. They have been a part of my life for so long, and together we have been through hell and back. I would do absolutely anything for them. In fact, I’d even step in front of a bus if that meant they got to live. I love them like I imagine a mom would love their own children.

Sure, I know there are milestones that I did not and will not get to check off on the parenting checklist, like hearing their first words or watching their first steps. However, there are so many experiences that I do get to experience that make that truth not sting so much. I taught his daughter how to shave her legs for the first time (a milestone in its own glory, honestly), and we binge-watch TV together while she tells me about her day. I introduced his son to Pokemon, Transformers, and Power Rangers (some of my own favorites as a kid). It has been amazing watching a fire ignite within him to be his own superhero. Not to mention, I get to relive the classics myself. He is turning into an awesome little man.

So, when I close my eyes and reflect on my life, I smile. I may have lost a lot but those kids saved me. I’m so glad that they opened up my life to an experience I thought I would never be able to have. I will always be their bonus mama, and that is my greatest accomplishment.

How Losing My Job Made Me Reevaluate The Kind Of Life...