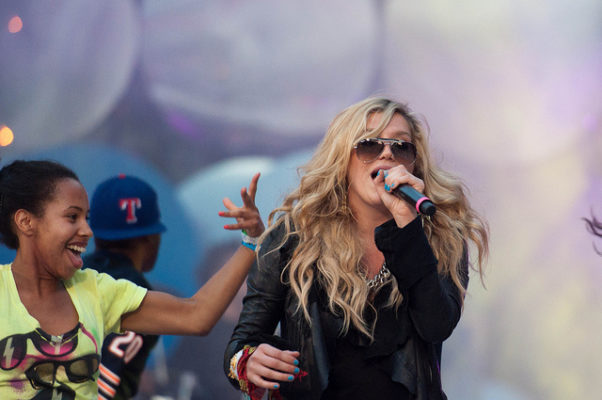 ICYMI: Kesha quietly dropped her latest bombshell of a song onto the world via YouTube last Sunday. It’s her first new single this year and the first major breakthrough since her album Rainbow was released in 2017. Kesha’s commentary on releasing the song? “I don’t know where it’s going to go or what it’s going to be on. I don’t want it to just sit on my computer.”

Many women have asked the same question lately: What if rich, white, straight men didn’t rule the world anymore?

Kesha takes multiple stabs at gender issues with her lyrics. For example, she tackles the recent early-term abortion bans with: “And if you were a lady/Then you own your lady parts/Just like a man goes to a dealership/And then he owns a car.”

This year alone, lawmakers in 9 states passed abortion bans. Most of these bans outlaw any abortions after heartbeat detection and do not account for cases of rape or incest. These laws may put women who experience miscarriages, ectopic pregnancies, or other non-viable pregnancies at risk for prosecution.

She continues with a few lines on wage inequality: “And if you are a lady and you do your lady work/Then you will make as many dollars as the boys/Not just two thirds.” Although it’s not quite that extreme, the average full-time employed woman only earns about 80 cents for every dollar a man earns in a similar position. This gap increases further for women of color.

Finally, Kesha challenges many beliefs that Americans have established regarding religion by saying, “Guess what? God is a woman, I know her.”

Although this might seem rather bold, this isn’t Kesha’s first time on the attack. Her 2017 hit, Woman, figuratively kicks President Donald Trump in the balls. Her song Here Comes The Change also tackles the topic of equality and appears in the movie On The Basis of Sex.

Regardless of your political alignment, you can’t deny this artist’s clever rhymes or argue against her catchy commentary. She’s laid out the same thoughts that churn through many of our heads during these turbulent times.

We need more celebrities who openly speak out about these difficult topics. Although I’m not a huge fan of Kesha, I’m really impressed with how she used her voice to push for change. I hope more artists take a stand, too.

10 Undeniable Struggles Of Dating Someone Who Owns A Pet

9 Ways To Accept And Love Your Life Today

3 Steps To Finding Your Motivation Again