Every June marks Gay Pride Month, a time where we accept, embrace and express endless amounts of love for all people regardless of their identity, sexual preference or way of life. And while many chose to celebrate this unofficial month-long holiday, people still have a tendency to dampen the pride parade, literally.

Jessi Cruickshank, a Canadian broadcaster and gay ally is known for her goofy personality and unique broadcasting style. She’s hilarious, clumsy, and relatable yet has the ability to draw you in when it comes to discussing serious issues. During a recent segment for her network, CBC, she sat down with a table full of young kids, as she does almost monthly, to educate them and hear their opinions on Gay Pride and becoming a gay ally.

While many found this video adorable and progressive because of the innocence of the children (and their impressive knowledge on some of the subjects discussed), many were horrified. They made claims that this video misguided children, was too mature of content to be teaching them and bashed the host for her enthusiasm for educating these kids about something that “isn’t normal.” 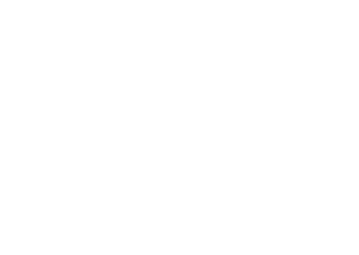 Personally, I see nothing wrong with this video. I think it was created in a way that was totally age appropriate for these kids and didn’t go into extreme details by saying things like “two men can have sex,” or “two women can have sex.” I thought it was adorable how she asked them what she thought the terms meant and took the time to educate them on what they meant in an easy language.

While I can see that some people believe conversations like those should be taught with their parents and not by a TV personality or even a teacher in school, much like the sex talk, most parents at home are not open enough to explain this with their children. If anything this video is a perfect explanation of how to introduce sexual preferences with children. The people bashing this video are he same people who refuse to discuss gay rights, sexuality or diversity and continue to raise hateful people into our world.

The way I look at it is that someone is making a progressive effort to inform people about a topic that is becoming more common. Kids these days are seeing same-sex couples and are being introduced to relationships and people that are out of the “traditional” box we’ve been raised in.

I too believe in promoting education and acceptance over intolerance and I do believe that we are born to love but are taught to hate. For those who are disturbed over this video and bashing those involved in this video are the reason why we as a society can’t grow in a positive direction. And this videos intention was to help them understand a little better when they do come across people who fall under the LGTBQ category.

It made my heart so happy to hear innocent kids opinions about things like gay marriage and knowing that they are so accepting of the new, open lives so many people bravely live every day despite the hate they receive from others. In no way was this video manipulative or disruptive to the children involved.

I commend Jessi for being brave enough to indulge in a conversation with these kids on camera, break barriers and hold her ground against something that shouldn’t be as controversial as it’s being made out to be. To me this shows her resilience in trying to better the community like this video intended to do, and everyone should take a page from her book.