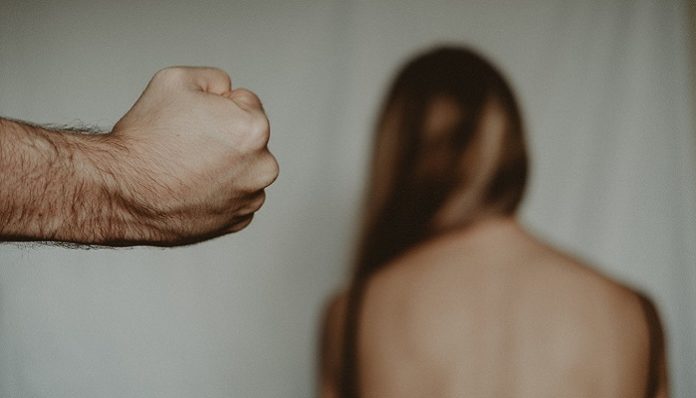 I am very fortunate in that I never been in a physically abusive relationship nor have I known anyone to be in one, but this doesn’t stop me from not recognizing it and what we need to be drawing our attention to is the hundreds of thousands of women who are abused every damn year. It was the moment I saw violence against a woman before me was that I truly realized the severity of the crime. This happened to me last Saturday night.

I’d left a club with my friends around 3AM and we were lining up for a taxi when we heard a man shouting and swearing nearby. We turned to see a young couple a few feet away. He seemed enraged at the lack of taxis available and was taking his anger out on her, calling her every unimaginable name possible. At one point, she started to walk away from him but he pulled her back by her hair, punched her, and threatened to kill her. It was a really distressing display of violence and the worst part was, everyone watching was too afraid to intervene. That was, until a very sweet – not only sweet, but humane guy standing in the line behind me was brave enough to say what we were all thinking:

In return, the abusive boyfriend threatened to stab him if he got involved. At that point, I called the police and reported the incident. But you know what is absolutely shameful? The police never showed up. Not a single siren was heard and eventually the couple started to move their argument further down the road. After waiting until they’d gone out of sight, my friends and I gave up on waiting for a taxi and decided to walk home instead. Less than half a mile away, police were patrolling the streets nearby a square of clubs where crowds of freshmen were gathered. When a violent attack against a woman was occurring, the police were prioritizing some drunk students who were, god forbid, enjoying themselves.

My question is simple:

When is society going to start taking abuse against women seriously?

Abuse doesn’t simply cover rape and sexual assault. Physical, emotional, verbal, and mental abuse all play a part too, and can range from subtle but dangerous mind games to grave injuries. Just a few of the unacceptable facts released this year about violence against women were:

Why hasn’t there been some kind of significant development made by officials to condemn this crime? We live in the 21st century and yet there are six women being abused per minute in the United States.

Is it because it is not often that you see this kind of abuse being so openly and publicly demonstrated as I saw that night? Or maybe it is because the female victims are too afraid to say anything? Perhaps, we as a society still don’t consider it a big deal because it’s not discussed enough.

I think about that poor girl and wonder who she has in her life other than that disgusting excuse for a human being that is her partner, and how she sees herself in this identity. Does her family and friends know the hell he puts her through? How he beats her emotionally, physically, and mentally? I wonder whether she knows her own self-worth, and that she is a beautiful young woman who deserves so much better.

The wonderful thing about women is that we look out for each other and if we see another female under threat, we immediately feel her pain and want to help – it’s like a motherly instinct. What we can do is keeping raising awareness of this heinous crime, whether that’s through hosting events for charities that support women’s refuges or getting involved in our local councils to bring the subject to the forefront of the minds of those in authority. If taking action (no matter how minor) means one woman will be spared from abuse, we are just beginning the road to greater success in ending this cruelty.