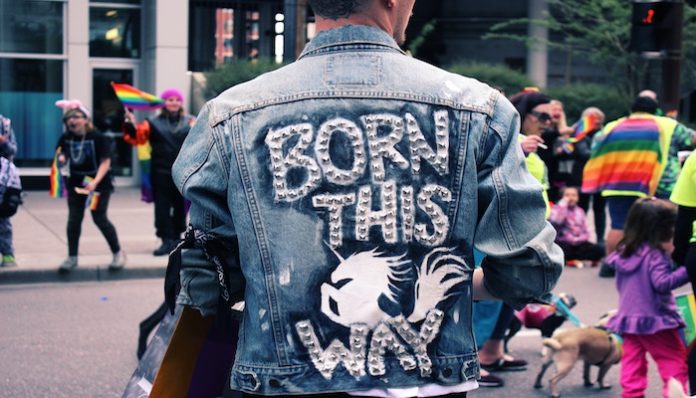 It’s a time for celebrating and recognizing the LGBTQ community. Today, we see parades of people with signs and flags made of the colors of the rainbow, proudly announcing and sharing their sexualities, gender identities, and lives. The truth is, though, that for many in the LGBTQ community, Pride Month hasn’t always been a celebration, and it is still not all rainbows and unicorns today.

Many recognize this event as the first major push for LGBT rights (homosexuality was considered a crime at the time), and the first gay pride marches happened in major cities across the US one year after the riots. The last Sunday in June became known as “Gay Pride Day,” a movement that later encompassed the entire month of June. President Bill Clinton officially recognized June as Pride Month with his Proclamation No. 7203 on June 11, 1999. Since President Clinton’s time in office, we have made significant gains for the LGBTQ community; Congress has passed laws to remove discrimination for employment on the basis of sexual orientation and gender identity, and the Supreme Court legalized same-sex marriage in all 50 states.

Despite all of the progress our society has made, our country is far from being discrimination-free.

1 in 4 members of the LGBTQ community still report experiencing discrimination in some form or fashion. There are no laws in place to completely prevent discrimination based on sexual orientation or gender identity, and, much like the discrepancies of wages and promotions based in gender or ethnicity, there is a huge divide between those who are open about their sexual orientation and gender identity and the rest of society.

Beyond the obvious statistics and studies, there are many people in this country still reinforce unfortunate stigmas and judgments towards the LGBTQ community. Since coming out as bisexual around one year ago, I have personally had people make judgments about me and treat me differently. I have been married to a man for 9 years and have 2 beautiful children with him, but as soon as I decided to be open about my sexuality and make the choice to finally be true to myself, none of that seemed to matter. Coworkers stopped giving embraces in the hallways and started avoiding eye contact, friends started overusing statements  like, “Well, as a heterosexual woman, I…” or “I guess it’s a straight woman thing.” I’ve even had people try to evangelize to me and “save my soul” because admitting that I find both women and men attractive is apparently an abomination.

The truth is that invalidating someone’s sexuality or gender identity is just like invalidating anything else about that person, be it eye color, body shape, career or other work, their belief system, their music preferences, or their intelligence. We shouldn’t be working to bring others down; we should be working to build each other up, to love one another. Love is the movement; love is what we should be showing everyone every single day we live.

The best thing we can all do this June is to simply practice acceptance and continue to encourage equality for all.

You don’t have to identify as LGBTQ to participate in a parade or march in your city, and you don’t even have to go out into a crowd to practice kindness and acceptance in your heart. Have serious discussions with your friends or family members about how you can make them feel comfortable, accepted, and loved. Talk to the children in your life and encourage them in whatever they love; help them feel comfortable in their skin. If someone makes discriminatory or dishonest remarks, call them out and share your knowledge. We’re all in this together, and the sooner we recognize that, the safer we will all be.

Photo by Levi Saunders on Unsplash