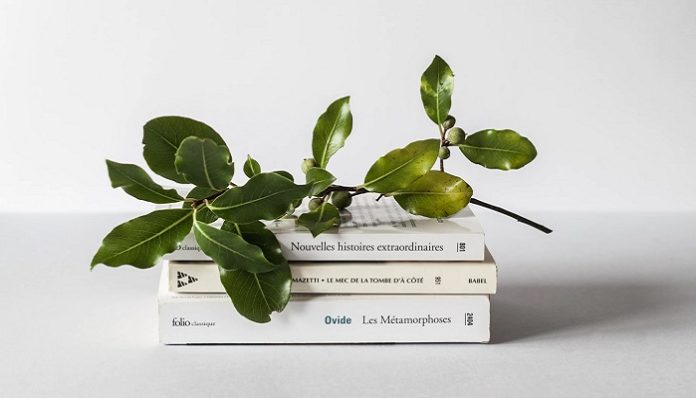 Girl meets boy. Boy might have some drug problems. Girl might be a little too trusting. Add in the craziness that is the food industry, and you’ll get a hot mess. More specifically, Emily Belden’s debut novel, “Hot Mess” which follows a girl named Allie as one decision flips her life around, and she finds herself fighting to keep her head up.

Emily Belden released this work of art in March, and it might just be the perfect book to add to your summer reading list. Why, you ask? Well, Emily herself graced us with an interview during her very busy book tour, and she gave us all of the insider details. She, of course, gave us readers and aspiring writers tons of knowledge, but this is about her book, “Hot Mess,” so we’ll just have to stick to the reasons you need to get your hands on this book immediately.

It’s just story about a girl.

Allie isn’t that different from you or me, and that’s what makes this book so great. You can place yourself in Allie’s shoes almost effortlessly. Emily told us that Allie is “just a girl who was doing her thing. Nothing super stand-outish about her life and just the way that the world works today, being a millennial, having social media, living in a big city, she finds herself in a one-off situation that kind of derails her life.” In the simplest terms, it’s a story about a girl in today’s world handling the cards she’s been dealt. If that doesn’t sound like what you do every single day, then I don’t know what world you are living in.

It started out as a What If.

Emily explained that a simple poolside conversation with a friend inspired her book.  Apparently, this friendship started years ago, when Emily was dating this bad boy chef. Emily explained that “There was this one time where he took me to this vacant restaurant that was for sale, and I remember thinking ‘Why am I here?’ And, while we were touring that space, there was this woman who was there and she was kind of the appointed general manager.” Nothing ever happened with the vacant place, but Emily did end up becoming really good friends with the girl she met that day. Emily told us that she asked this friend “‘Do you remember when we went and met at that restaurant? Could you imagine if he had opened that restaurant?” and her friend said, “I can tell you exactly what would have happened. You would have paid for it, and you would have lost all of your money because he would have relapsed and disappeared, and you and I would be sleeping at the restaurant working eighty hours per week trying to get your money back.”  That one convo with a great friend and a couple drinks transformed into her novel.

It’s pretty freaking crazy how real it all feels.

Emily told me that this story “isn’t something that ever happened to me, but it definitely could have.”  She explains that while Allie’s story is, in fact, fiction, it’s setin a time and place where it really could happen to anyone. Anyone could end up in a situation like the one Allie lands in in the story,and that not only makes the book that much more relatable, but also, in Emily’s words,  “Read[ing] a book like this, it’s like candy. You’re at a safe distance but you can still indulge in it. Even if you say something like ‘I will never date a chef’ or ‘I will never date someone with a drug problem,’ you really never know.” And that simple fact lets you really dive into the book without holding back.

The story itself has a lot of elements that hint at the message that women can do anything they set their minds to, but Emily explained to us that she had no idea that idea was even in her book until her readers told her. She stated that “I wasn’t setting out to bring a feminist women empowerment book into the world, but it just so happened that those are the themes that rose to the top, and I think it’s a direct reflection of today and what’s going on in the world.”  In my opinion, that just makes the book even better. Emily Belden simply wrote a story and because of how the world outside of the book is, we can pull out the fact that the book is about a badass chick who is living the life the best she can. The fact that all of this was a complete accident just makes it all even more meaningful.

Allie’s story is full of love, food, and situations that leave her to figure everything out for herself. If this feels like something you need to complete your summer reading list (which it should because you do) check to see if your local bookstore has a copy. If they don’t, you can get ‘Hot Mess’ here. Emily was amazing to talk to, and I’m sure she would love to hear from you if you do decide to pick up a copy of her novel.