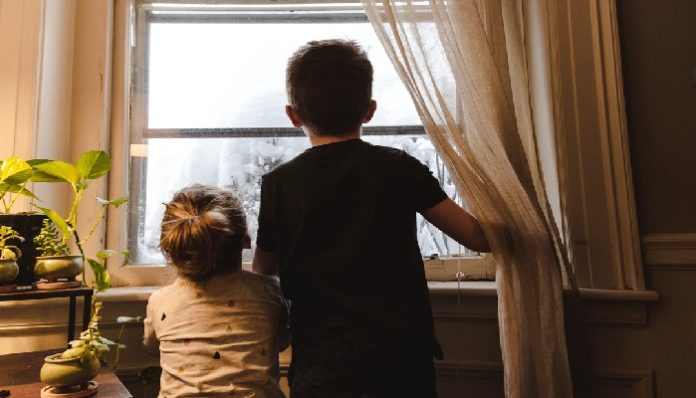 An older brother starts pushing his little sister’s buttons early and never stops. He’s old enough to remember the day you came home from the hospital, so he describes again and again – in excruciating detail, often in front of your friends or love-interest – how disappointed everyone was when you were born, in a loving way, of course.

But in response to on-going attacks, you develop resilience. You learn to say, “Disappointed in me? Don’t think so. Why aren’t you an only child? Because our parents stopped when they got it right.” Mic drop.

At some point, his evil look carries a glimmer of respect. Girls with older brothers learn to walk the fine line between pushing back and going too far, but that’s not all. You also get a bunch of lessons that are really valuable in the long run. No matter how much he annoyed you, he was your first best friend and taught you lessons you never would have learned in the same way.

Your brother lies about who took the last cookie. He cheats at Monopoly. Deceptions galore. You come to expect it. You also begin to recognize when it’s happening.

Oh, sure, he’s a good liar and cheater, but consistent practice makes you highly proficient at spotting these behaviors in him – and in other people. It’s a lot harder to take advantage of a girl with an older brother. She’s always looking for the worst.

On the flip side, if you’re ever the recipient of lying or cheating from anyone other than him, that person will know about it. Knowing that you’ve got someone who’s always going to cover your back is pretty amazing.

Unless you’re willing to spend your entire childhood being tormented, you begin to fight back;  sometimes physically, sometimes verbally, sometimes emotionally. You develop a wide range of defensive skills.

You learn that you’re not anyone’s target or punching bag. Even if you’re smaller or younger or female, you can fight back, and hard.

Once you get past about age 10, fighting back isn’t about hitting. It means standing up for yourself and not taking crap because someone (so erroneously!) thinks you’re a handy victim.

Because of these skills, you can demolish any bully that comes your way, even if it’s after middle school.

Equality doesn’t exist. You and your brother can make the same stupid mistakes, but, in the eyes of your family, yours will always be worse.

For instance, car crashes are expensive (we’re talking an average insurance claim of $15,443 if you’re injured. Yikes). Why is it, though, that you get more grief for your fender bender while on a slippery road than he gets for texting and plowing into a guard rail?

Luckily, no one was hurt either time. Lesson learned for both of us. He should also get some credit for helping fight sexism and teaching me how to change a tire. There’s nothing like rocking up next to a guy with a busted wheel, getting the “really, honey? I think I’ve got this” look and then watching that smirk turn to amazement as you help him get back on the road in less than 10 minutes. Just call me Wonder Woman.

Pink and blue. Dolls and toy cars. Books and footballs. Kids are so over gender stereotypes. They have been for a while, if any adults would pay attention.

Sure, you had your Barbie dolls, but if you wanted to hang out with your older brother, you played on his terms: pushing trucks in the backyard dirt, kicking around a soccer ball and using Barbie and her friends as collateral damage during battles with his toy soldiers.

So, yeah, although sexism may be pushing in on us sometimes, sisters learn to push back. And we won’t mention that time we had a tea party, complete with dresses and hats à la Ross Geller. Sometimes sisters can win too.

Some girls don’t know what to say to guys. You’ve never had that problem. Though there was a fair amount of “Quit throwing spit balls at me,” you learned to talk about other things.

Sports, cars, pets, books, movies, weather, friends, relatives, travel, and whatever else he’s interested in are viable topics. Once in a while, something you’re interested about may get thrown in, too.

So talking to a guy? Piece of cake! You’re well versed in so many topics. As long as he’s not throwing anything at you, you’re golden.

You’ve hated your brother for all the abuse he’s heaved on you. You’ve loved him for his help and support.

Admit it – he saved you from your parents’ wrath on more than one occasion. But then, again, he also made sure you were on the receiving end when it helped him – or just for fun.

Love and hate are both strong emotions, but they’re not opposites. Indifference is a more fitting contrast for either of them.

How does this help? As an adult, you don’t have to feel guilty, worried or frightened if you get really angry with someone you love. It’s not the end of the world. You can probably get past it and all will be fine.

He may have driven you up the wall sometimes, but you know that life just wouldn’t have been the same without your big brother. He defends you, protects you if you need it and isn’t afraid of telling you when you’ve messed up and reminding you forever so you don’t make the same mistake again. So, next time you see your brother, thank him for the life lessons – or hide his wallet. Your choice.

What It Feels Like To Truly Start Over Again In Your...

The Ultimate Guide To Buying A Home While Still Paying Off...