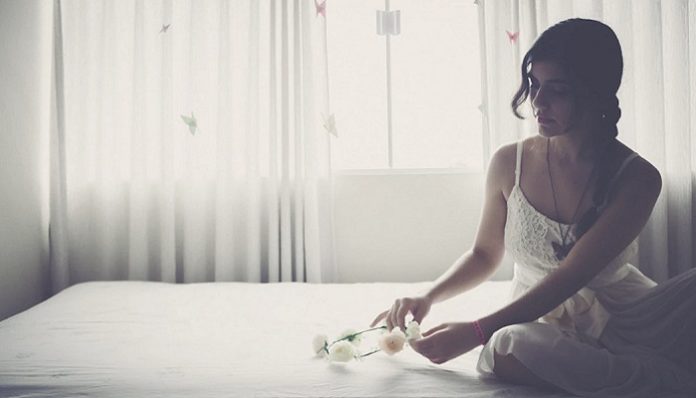 Stop trying to see the good in him.

You have a kind heart, and that’s admirable. But every single person can hear it in your voice and see it in your eyes as you talk about him. You don’t think it is, but it is. It’s noticeable. It’s noticeable to us that he just isn’t the right match for you. He doesn’t care.

I hate seeing you look up at him with such hope and admiration in your eyes while he absently stares back at you. You look at him as your entire world while he looks at you like a filler in his.

I understand you think he’s changed, but he hasn’t. Not yet, anyway. He’s only saying the things you wish he said before so he can pull you back in. He wants what he knows he can get from you without the emotional attachment. He’s using you.

I know you won’t believe me. But if he was serious about keeping you as a girlfriend he would have made those changes a long time ago. He attempted to for a few days after your fights because he wanted to shut you up from your complaining. He knew you’d cave and the pattern would continue. Faking it for a while will always bring you back to where you should be.

Men who want to change for the better of their “relationship” don’t have tinder, don’t cheat on you with other girls or hop in bed with a new girl days after your breakup. They stop giving into temptation. They actually fight for you, not shove you aside until they can’t get someone else to bang.

I hate that you let yourself get to that place in your life. You are so much more than he is. You have your own goals and ambitions to pursue; not a man who doesn’t want you for the same reasons as you want him. Don’t you see your worth? Because I do.

You’re a strong and independent woman who refuses to be disrespected by anyone. Do you not see the problem with what you’re doing? Why are you giving all of your hard work up for someone who doesn’t deserve your love or time?

You deserve a man who will be devoted to you, will embrace you and help make you grow and be a better person. Not someone who only causes stress in your life or self-harm. I know you’re frustrated and feel like you won’t find someone else, but you will. And he’ll want you and only you. And maybe a dog, but you want that too so it works.