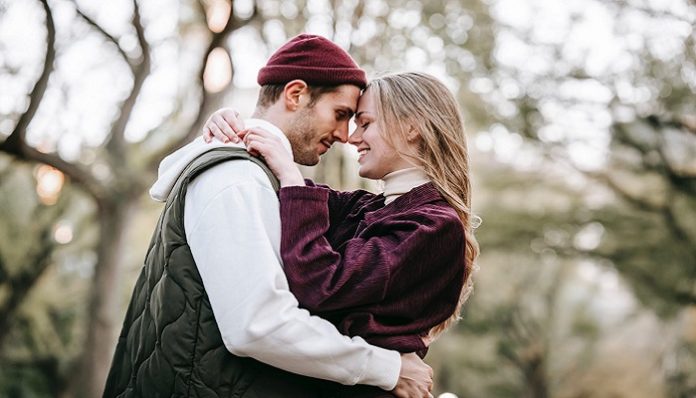 I was eleven years old when I mailed to pop sensation Nick Jonas a bit of my heart in the form of a poorly written love letter. I adorned the page with an excessive amount of Camp Rock stickers and sent it to the then Disney Channel star under the assumption that he’d fall in love with the concept of me, as I did with him, and we’d live happily ever after in a cottage in Montana overlooking the mountains. I postmarked it with my address and a promise to wait for him for as long as I should live.

For weeks on end, my silly mind conjured daydream after daydream of Nick Jonas opening my cheap envelope and seeing a future with a girl who couldn’t even spell ‘forever,’ much less comprehend it. I had so thoroughly convinced myself that our romance would be one for the ages that no amount of logic could have gotten through the fog of improbable possibilities that consumed my reality. But as months dragged on, Nick Jonas did not sweep me off my feet, and I felt utterly betrayed that he didn’t buy into the fantasy I had constructed. But somehow, in spite of love’s cruel rejection, my flighty butterfly heart continued to beat its pitter-patter song in longing for a happily ever after.

As I passed through the woeful years of adolescence, still traumatized by Nick Jonas’s dismissal of the sweet love I had offered, my tendency to romanticize people and scenarios still remained my greatest flaw. While my mother was yelling at me to focus more on my studies, I was more prone to fantasizing about my great love story. As a teenage girl, I believed that everything in existence catered to fill this void that I had subconsciously created in my heart. I watched The Vampire Diaries religiously, pining for the same tall, dark, and handsome (but unfortunately homicidal) lover to sweep me into a passionate embrace. I cried at every film and hummed to every tune, just biding my time before I could start a chapter in the romance novel that I swore was my life.

All of that, of course, was a cheap and commercialized idea of love. The shows, the movies, even the overpriced Red album that I begged for my mom for. This is the type of love that industries sell to naive teenage girls in order to earn a profit from our impressionable hearts, and I bought into it like it was the ultimate sale. Thirteen year old me wore blinders that distorted a vision of reality into a pretty image of wish fulfillment and romantic comedies. I wanted what was blatantly sold to me, plain and simple. I had an excess of affection but a lack of willing recipients. I had to believe that there would one day be a place and a time for that fairy-tale ending.

Most people coined this as sheer stupidity. I thought of it as optimism.

I am a romantic and an idealist, manifested in the worst of ways as the universe and I never saw eye to eye on much of anything. As predicted, it was a vicious cycle of unrealistic expectations that consumed most of my youth. Boys came and went and I fell in and out of infatuation like a broken washer set on rinse and repeat. None of us had the maturity to understand the complex nature of love. We were creating carbon copies of what love seemed like from the screens of our televisions and the pages of our novels. At the ripe age of fifteen and sixteen, it was the only thing we knew how to do. While I forgive my younger self for falling prey to these unrealistic standards of love, I don’t forgive her for neglecting herself in the chase for some maudlin Nicholas Sparks-esque projected fantasy of what it means to live.

Dear seventeen year old me, I would write today, please do not mistake your identity as a supporting role in someone else’s life.

Love yourself first but don’t think that you are unworthy of love if you cannot see your value just yet. At eighteen, I learned that life isn’t a romantic comedy. It’s never as whimsical as walking down the streets of New York City, waiting for ‘The One’ to charmingly bump into you. Mindy Lahiri is not cheering you on as you run into his arms, waiting for that heart-stopping kiss that stops the earth on its axis. Music doesn’t swell, and strangers don’t break out into synchronized dance in the background. Life is a jumble of horror, tragedy, and comedy, that writers in a room cannot reproduce accurately for consumption. Life has to be lived because it’s both tragic and joyous when you realize that it’s better to write your own story than to recreate someone else’s.

Nick Jonas may never love me back in the entirety of our shared lifespan, but as I would write to my poor eleven year old self, it’s not the end of the world. The beauty and grand secret of love is that it never runs out, and one former pop star won’t make or break the inescapable truth that love is only worth cherishing if it’s authentic. Don’t sell yourself short for anything less than the real thing.

5 Super Sweet And Fun Ways To Bond As A Family

4 Steps I Took When Recovering From Rape