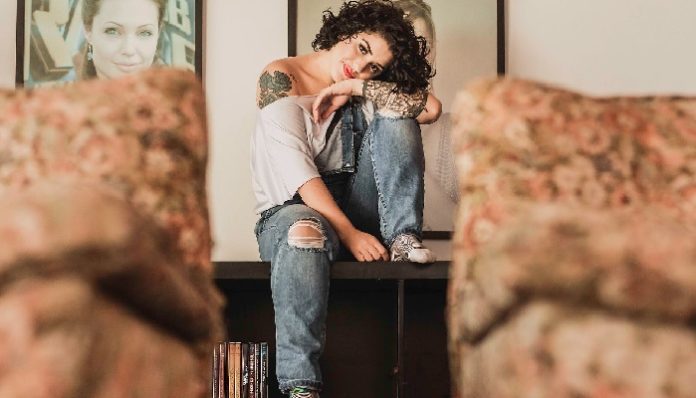 I’ve always prided myself on how quickly I dive into things. It’s just how I’m wired as an individual: when I’m passionate about something, I’m all or nothing. And that’s really how our relationship started. We met, and both of us were synced up, like the right time, right place type deal. So we went for it.

But it wasn’t long before I realized our relationship was ruining my life. Naturally, at some point, the honeymoon phase wore off, but it was deeper than that. He was actively tearing my life apart. I looked around me and realized that he had cut everything out of my life. The only exception was that he left himself front and centre. I had nowhere to go and no one to turn to when I realized the full extent of my situation.

Quite frankly, I wasn’t ready to talk about my story years ago. But I’m more than ready now.

He separated me from my friends.

This should have been the most obvious to me, but it was sneakily crafted during the honeymoon phase. We were a new couple and spent so much time together, that I didn’t even realize he was hoarding me all for himself. Whenever I wanted to eat somewhere, he would be the one to go with me. If I wanted to go shopping, he wanted to go, too. It wouldn’t be until later that I realized he didn’t trust me to be on my own, and because of that, my thoughts warped into thinking that it was natural to spend all of my time with him.

I lost many of my friendships that I couldn’t replace even after our relationship ended. He ruined my spring breaks by calling continuously and starting arguments that we couldn’t finish. My friends hated being around me, because he was always around. When he wasn’t around, he made sure to be in constant contact with me. In essence, he controlled me to the point where my friends didn’t want to be anywhere near the toxicity – and honestly, I don’t blame them.

He was sneaky and lied.

There is no other way to describe our relationship other than simply obsessed. He hacked into my social media accounts. I didn’t notice he had done this, until a friend tagged me in an Instagram picture and he had received the notification, not me. At first, I thought nothing of it. Later I realized that he did this as a way to keep tabs on me when I wasn’t around him. He didn’t trust me, even though he had no reason not to. He invaded my privacy and blatantly lied about it. Once, I went on vacation and he went through everything I had left behind. He dug through my planner and even tried to hack my computer – all in an attempt to catch me sneaking around on him. In the end, I had to delete every form of social media and totally start over from scratch. Nothing is more embarrassing than telling your family that you had to create a new Facebook to hide from your ex-boyfriend. I still check my security settings every week and it’s something I don’t think I’ll ever stop doing.

This took me an extremely long time to move on from. He just showed up where I was. Now, I know that this seems like it could be coincidental. Once, I was studying at Starbucks and he just appeared to ask me out once again. Other times, I would see him lingering outside the university cafeteria or hanging outside the dorms. My heart was constantly filled with fear, to the point where I had to leave the dorms early and move back home. I feared for the safety of myself and my family. I didn’t know where he would be next. I made the decision to be single for nearly two years, primarily because I was horribly afraid to be dragged through it again and secondly because I didn’t want to my new BF to have to drag my baggage along. No one deserves being the punching bag for another guy.

The important thing is that I made it out. I did what I had to do to move on. I gave myself space, I picked up hobbies, and built new friendships. Some of my friendships never reformed, but that’s okay. I know myself better than ever before, and I’m the happiest I’ve ever been in a healthy relationship. I made it out, I moved on, I took care of my business. I won’t say it was easy, but those two years helped me grow as a person. They helped me realize that the world isn’t a bad place just because one person made it that way.