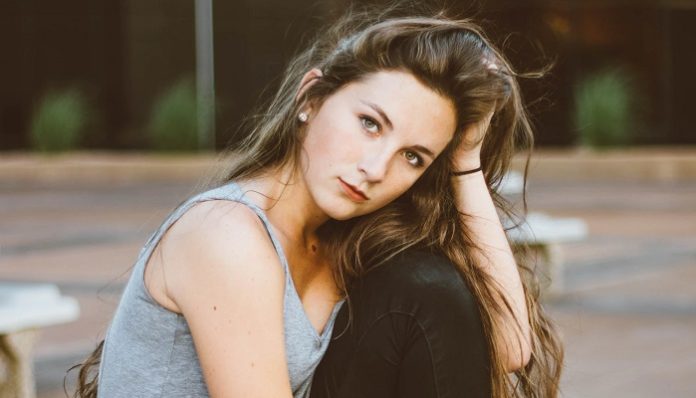 “We suffer more in imagination than in reality.” – Seneca the Younger

Seneca’s quote leads to the common exercise, premeditatio malorum, or the premeditation of evils. In other words, seeing the worst-case scenario which keeps you from acting on a decision.

When you have a mind that’s always thinking, you may be able to find some clarity when you write your thoughts down on paper. If this applies to you, you may be able to settle into the exercise of “fear-setting” created by investor/author, Tim Ferriss. This takes 3 pages and analyzes the worst case scenarios of each situation you’re debating:

The Question
On the first page, write on the top “What if I…?” And write 3 columns each numbered 1-10. This page is for the action/decision you’re afraid of executing such as ending a relationship, quitting a job, asking for a promotion, starting a company, anything you are afraid of doing. In Tim Ferriss’ example, he wrote down taking his first vacation in four years to a free room in London that would take him away from his own business that could result in his decision to shut down or leave the company (see his fear?).

In the first column, write the word “Define.” This first column will be for all of the worst things you can imagine happening if you take that step; I said to write 10 earlier but you can up to 20 if you’re really worried. So Tim Ferriss’ list included the vacation being a depressing waste of time, and numerous concerns about company emergencies while he’s gone.

In the second column, write the word “Prevent.” This will be where you list the answers to the question, “what could I do to prevent each of these bullets from happening (or at the very least, what could decrease the likelihood even a little bit)?” So for Tim Ferriss’ getting depressed bullet, he wrote about taking a portable blue light with him to use for 15 minutes every day to keep away depressive episodes. For a worry relating to his company,  he wrote about changing the mailing address on file with the IRS so any important mail would go to his accountant and wouldn’t get ignored in his absence.

In the third column, write the word “Repair.” This third column will be where you figure out what you can do to repair the damage even a little bit if that worst-case scenario did happen, or even who you could ask for help in this situation. In Tim Ferriss’ example, spending a little extra for a trip to Spain to undo the damage if his London vacation was too dark seemed pretty reasonable. In his bullet about the IRS, he wrote about calling his lawyer friend or a law professor to see who he should talk to or how others handled any potential issues like his in the past. One important question to keep in mind for this page is “has anyone else in the history of timeless intelligent or less driven figured this out?” Based on human nature, most scenarios will include a “Yes” to that question, so try not to let your emotions get in the way while filling this list out. You CAN finish this exercise, and you WILL.

The Benefits
On the second page, write at the top: “What might be the benefits of an attempt or partial success?” If you attempted whatever you’ve been considering, what would be a possible upside, such as developing skills or knowledge emotionally, financially, whatever it may be. If you’re wondering about making a move on someone, just take 10-15 minutes to list the benefits of a date or even a base hit.

The Cost vs the Impact
Now, the third, and final page is pretty important no matter what you’re thinking up to this point. At the top of this page write “The Cost of Inaction (emotionally, physically, financially, etc).” Make another set of 3 columns for this page labeled “6 months,” “1 year,” “3 years.” Think to yourself, “If I avoid this action/decision, and/or actions/decisions like this one, what might my life look like in 6 months, 12 months, 3 years?” Think about this as detailed as you can, realistically. Will you be without a job, a friend, a family member? Will you be retaking a course you just can’t focus on because of your mental health? There will be no bullet resulting in “no change,” trust me.

After this exercise, consider each item on a scale of 1-10 (1=minimal impact, 10=maximal impact); how heavy is the “temporary and reversible pain” compared to the “positive, life-changing impact?” In Tim Ferriss’ example, he concluded his vacation would give him a 1-3 pain for an 8-10 level of positive impact that could be semi-permanent.

Don’t conclude that your hard-founded potential disasters will be the only results, no matter how emotionally connected they may be to you or anyone else. The biggest challenges and problems we face will never be solved with comfortable conversations whether they’re in your own head or with other people.

This exercise doesn’t make any of the hard choices or obstacles go away, but it can make them a little easier, which may make all the difference. Where in your life might defining your fears be more important than defining your goals? Keep in mind those words of Seneca: “We suffer more often in imagination than in reality.”

So he actually took the trip, and none of his disasters came to fruition. He actually extended his month-long vacation to a year and a half while keeping his business successful, writing a book, and starting a blog and podcast. Leave a comment below about a decision this exercise helped you conquer!