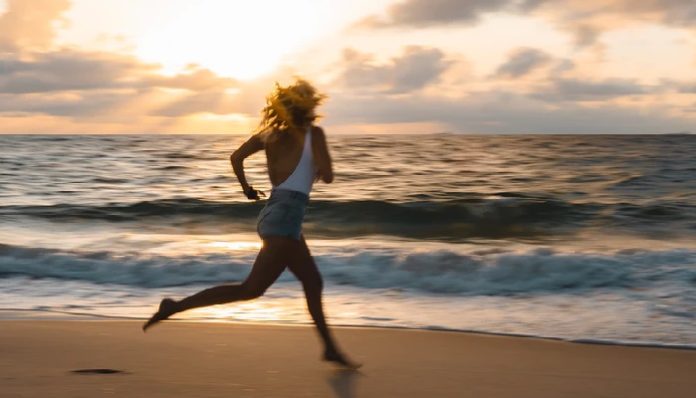 Remember back in high school, when your dreaded gym class began with a lap or two around the track? Remember faking an injury or ailment to get out of it because the thought of having to run for longer than two minutes made you want to curl up into a ball and cry? I cannot be the only one who felt that way, right?

I can still remember the group of popular girls, all soccer players or dancers, genetically predisposed for athletic excellence and making other girls feel bad about themselves. Running a lap was child’s play to them and they did it with such ease that it was laughable. Indeed, they would laugh and chat with each other about the various parties they would be attending that weekend, what they would wear, and all the while easily running laps.

I’m speculating of course, because, as you’ve probably gathered from my tone, I was not running alongside them. I was a terrible runner. And this is said without an ounce of exaggeration or self-deprecation because you have to acknowledge where you are before you can improve. I would begin to lightly jog and think, “oh hey, this isn’t so bad,” and like clockwork, after about twenty seconds, my thoughts would transform into,  “Dear God, this is what it feels like to die slowly. Not only is my body breaking down but my brain is beginning to eat itself from sheer boredom. Someone tell my family I love them.”

I am not a natural-born athlete. I have rhythm and coordination, so I was an ok dancer but never dedicated myself to it long enough to excel. Also, I was too sensitive to deal with a small classroom of little girls. I retired from my soccer career at age five and my softball career at age six. I tried every extracurricular activity under the sun but nothing stuck.

My lack of athleticism has always bothered me. I have made great strides in loving myself exactly as I am and refuse to diet or go to extreme measures to be something I’m not. But I still yearn to excel at something physical and challenge myself to do something I haven’t done before.

Which brings me back to running. I hate running. There are no two ways around it. It is hard and it is boring. I have never met this elusive “runner’s high” everyone goes on about and I doubt I ever will. And yet, oddly, I want to run. I do not want to let running beat me. As a point of pride, I will at least become a better runner than I am right now. I am not the same girl I was in high school. I am stronger and know what I am capable of. Running is something that eludes me and is therefore something I want to capture myself.

I’ve signed myself up for a 5k and have begun to train for it. Big move? Probably, because it has been awful so far. I can’t lie, I do not love that hour spent at the gym and it takes me awhile to talk myself into going everyday. I guess I’m still in the bargaining phase. But I know how proud of myself I’ll be once I’ve reached that finish line. It will be a gift to the high school version of myself still lying dormant inside of me, feeling left behind in gym class. We are all capable of so much more than we think we are and I’m anxious to see what my body’s able to achieve. I’m going to keep running towards that feeling.

10 Things You Should Know Before Dating The ‘Sarcastic Girl’sk

Stop Settling For The Life You Don’t Want To Live