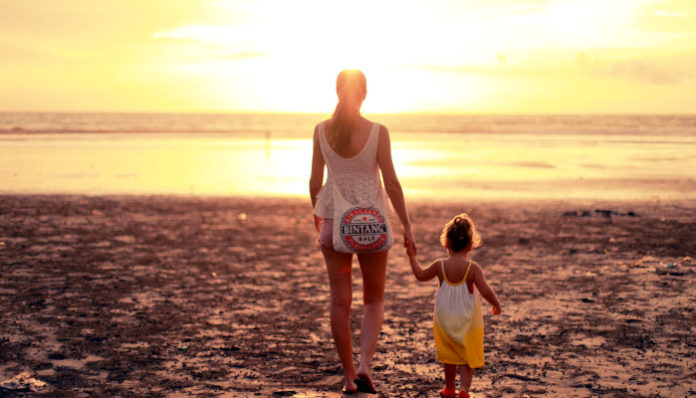 As a teen, I spent years in an abusive relationship. I didn’t see it at first, but as things progressed, I discovered the problems with my boyfriend. I reached out for help from teachers and my school guidance counselor. However, all the adults I told insisted that I was overreacting or misinterpreting the facts. So I suffered in silence through repeated events of sexual assault and nearly three years of emotional and physical abuse. I’ve spent my entire life up until this point keeping the details mostly to myself.

I don’t want that to ever be the case for my daughters, though. So, when the time is right, I fully plan to share my story with my children.

Because of the prevalence of sexual violence against children, experts recommend that parents talk to their children about sexual abuse. Knowledge is power – we all know that. In fact, I’ve started some conversations (like teaching the correct names for genitals and sharing that people aren’t allowed to touch those parts) quite early. But I know that I’ll need to keep them going and divulge more as my daughters grow and mature. Of course, I’ll also share pieces of my story that can help them with their own lives.

Also, I also want my girls to know that I’ll always have their back. They need to know that I’ll always listen without passing judgement or invalidating their experiences and feelings. I want them to know that people in this world will hold space and keep them safe. I want them to know that sometimes awful things happen that are outside of our control, but those things don’t make us any less worthy or even mildly tainted. And, heaven forbid anything happens to them, I want to help them heal and feel safe in their skin again.

Most importantly, though, I don’t want to lose my children.

I don’t want them to close themselves off because they were too afraid to speak up. I don’t even want them to worry about what I might think. I want them to see that I’m not just a victim, but a survivor – a woman who experienced something awful but rose above it all to become a mother, an advocate, and an active voice in the movement for our rights.

Obviously I hope that I can shelter my daughters from the storms that I endured. Given my own personal experiences, though, I know that I can never fully protect them no matter how hard I try.

In spite of it all, I want my girls to tell me anything that’s on their mind. I want us to maintain open communication. I’ll show them that I can be trusted while also allowing them the freedom to make their own decisions. I want them to know that they are worthy and deserving of kind treatment and unconditional love.

So, once they’re a bit older, sometime between ages 10 and 12, I will sit my daughters down and share my story with them, a story that happened when I was young. That way, even when I’m not physically present to protect my children, hopefully my words will provide an added layer of security or, most importantly, a helping hand that a lost and lonely teenage version of me wishes that she had.

5 Places To Visit In The U.S. If You Miss Europe