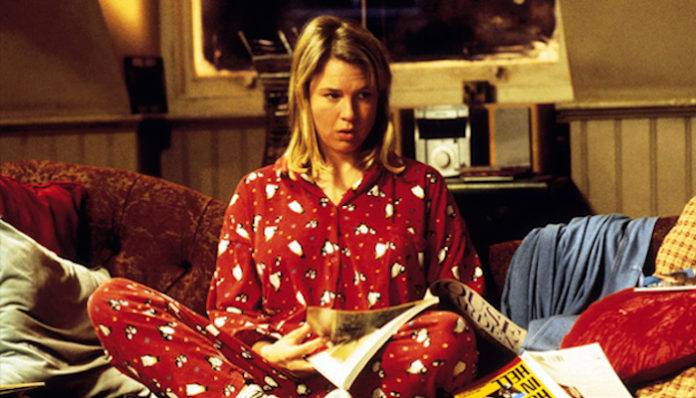 Think of your favorite chick flick: The Notebook, Sweet Home Alabama, the Twilight Saga (just kidding), Never Been Kissed, You’ve Got Mail… the list keeps on going. I don’t watch many rom-coms, but when I do, I watch them with a pint of Moose Tracks after a bad day. I’ve never been a huge fan of this type of movie because they’re too far-fetched, most of them are way too corny for me, and just as awkward (ie: Twilight Saga). I’m awkward enough on my own, why do I need a movie to make me feel even worse?

I’d be the perfect candidate to love these movies: I was the dorky girl with braces and glasses in school, hopelessly in love with her best friend. The only difference is that the best friend didn’t magically fall in love with me in the end, because this is real life.

Most women have that one guilty pleasure movie and while our guilty pleasures are great because we can escape from our own complicated lives for a while, I wish for once, a movie would portray something halfway believable.

Here is what romantic comedies don’t show us about dating:

It never fails: The woman in the movie gets dumped, can’t go on, and goes to a bar where a knight in shining armor comes in at the perfect moment and sweeps her off of her feet. What the movies don’t tell you is that when you get dumped, you’re going to be a hot mess in your sweatpants every opportunity you get, and live off of pizza, Ben and Jerry’s, and wine, drowning in your tears. When you do finally move on, you probably won’t meet Prince Charming the first night out, and if you do, you’re pretty damn lucky.

Not all romantic gestures will be recognized

In a lot of rom-coms, a man makes a grand romantic gesture, the woman runs into his arms, and they live happily ever after. In reality, grand romantic gestures tend to come off looking desperate and awkward. In real life, when you like someone, there’s a good chance the person won’t return those feelings. Sure, it’s upsetting, but that’s when you have to put on your big girl panties and live your own life.

Someone will come into your life eventually and remind you why it never worked out with anyone else.

Unrequited love is anything but romantic

I’ll admit, at one point, I thought it was romantic to be in love with someone I couldn’t have. I was young and stupid and had no idea what love actually was. Now that I’ve known love, I realize how dumb the idea of unrequited love actually is. It’s not romantic to be in love with someone who doesn’t want you back, it’s pathetic. Why would you spend all of your time and energy on someone who wants nothing to do with you or doesn’t even know you exist? What’s romantic about someone who doesn’t want you? Absolutely nothing.

A big problem with happily-ever-afters in the movies is that all is seemingly forgiven no matter how many mistakes you’ve made in your relationship or how bad you fucked up. In Twilight, Edward is ridiculously emotionally abusive and, might I add, quite obsessive over Bella, and she still pines after him like a sick lost puppy. Quite frankly, it’s disgusting, but more importantly, it’s unhealthy. Most sane people in this situation would run the other way at the first sight of this behavior, but she is on her hands and knees begging him to turn her into a vampire every time they get together.

(See any Katherine Heigl movie ever.) The movie begins with the girl and boy hating each other. One of them has commitment issues and is known by everyone as a player or a bitch. However, the more time they spend in each other’s company, the more they fall in love. Then, the girl, or boy, will turn him or her into a sweet, but damaged person underneath. In reality, most people don’t ever change, and it takes longer than a few days or weeks to do a complete 180.

Real life isn’t as black and white as it seemingly is in the movies. Don’t get me wrong, I’ll indulge in a romantic comedy with my friends once in a while when I just need a good laugh, but these unbelievable scenarios turn me away more often than not. Real life is not that simple.