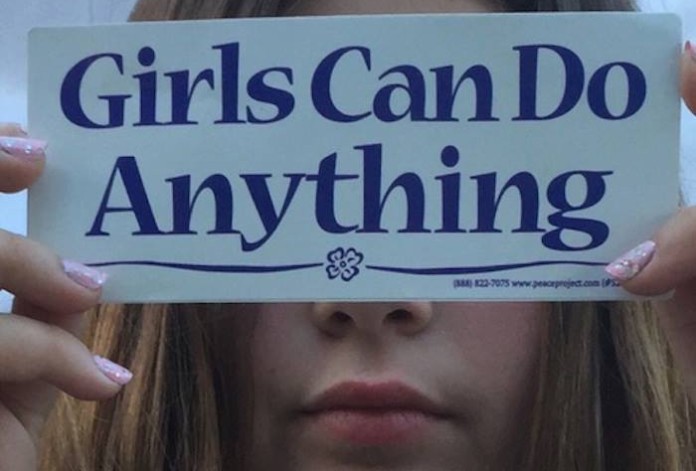 Today marks the first day of National Women’s History Month. In reality it takes more than a month to celebrate all the women who have made their mark on history, but this month gives us the chance to become aware of certain individuals who had a powerful impact. This year’s theme is women in public service and government, and learning what these women have done may just give you the extra inspirational boost to drive your way through the gloomy month of March so you can make your splash in spring. This year 16 incredible women were chosen. Below are 6 of those women, whose stories provide lessons you can apply in your own life.

What she did: Now 92 years old, Sister Mary Madonna Ashton faced opposition when asked to become the Minnesota Commissioner of Health, being a woman, a nun, and not a doctor. But, thank goodness she got the job! Her success in Minnesota against smoking in public places was the beginning to a nationwide movement.

What you can do: She is living proof that even without the perfect credentials you can make a difference. If you are coming from a place of weakness, turn those weaknesses into your biggest strengths!

What she did: In history class, I am sure you learned about the Little Rock Nine: the nine African-American students to first attend a white public school. Well, Daisy Bates was behind the scenes, advising the students and housing the headquarters for their fight. Throughout her career she also ran a newspaper with her husband, shedding uncensored light on the police brutality and the issues black Americans faced.

What you can do: It’s simple. Fight for what you believe in. What is right, is right. Be honest, be vocal, and realize that every role is important.

What she did: Sonia Pressman Fuentes fought to prohibit gender discrimination in the work force. Charles T. Duncan explains Sonia’s influence: “I referred to you just the other day (as I frequently do) as one of the `great, unsung heroes’ of the women’s and civil rights movements. You single-handedly persuaded Roosevelt, Edelsberg, me and others to take sex discrimination seriously which, without you, we would not have done.”

What you can do: We can always improve. It might seem like we have won the fight, but even today we face many inequalities. She didn’t stop after a single win, but kept on fighting. It is okay for you to fight for even the little injustices because each win matters. Stop thinking, “little old me?” and start doing.

What she did: She seeked recognition for woman who made a difference and helped make Rosie the Riveter World War II Park to make sure all the Rosies of the war were recognized.

What you can do: In the spirit of Rosie the Riveter, “We can do it!”

What she did: Suzan dedicated her life to fighting for the rights of Native Americans. She has helped return Native Lands, has ensured accurate depictions of Native Indians, and her lobbying led to the passage of the American Indian Religious Freedom Act, 1978. Oh, and she received the Presidential Medal of Freedom in 2014.

What you can do: We are a country made up of immigrants and emigrants. At some point your ancestors immigrated here, whether it was 100 years ago or 400. Everyone should be treated as a dignified human being, no matter his or her roots. Protect your own and accept your heritage unapologetically!

What she did: Dr. Bernice Sandler is known for her (not Bernie Sanders) lawsuit against collegiate (over 250 institutes) gender discrimination due to the sexism she faced when trying to find a job. The idea was then planted in the minds of multiple congresswoman to ban sex-discrimination in federally funded education programs which resulted in Title IX being passed in 1972.

What you can do: Discrimination in any way is unacceptable. What is most important are your skills, talents, and knowledge, not who you are biologically. Know your worth.

This isn’t just your month, but it can be your year! Take what these women did as a message that you don’t need to be coming from a position of power to make a difference. Honor your beliefs and follow your passions. You have strength that can be manifested in fighting to be taken seriously in your career, not stereotyping, standing up when you feel wronged and feeling right in doing so, and most importantly being unabashedly proud of who you are.

4 Things To Do That Are Actually Better Than Netflix