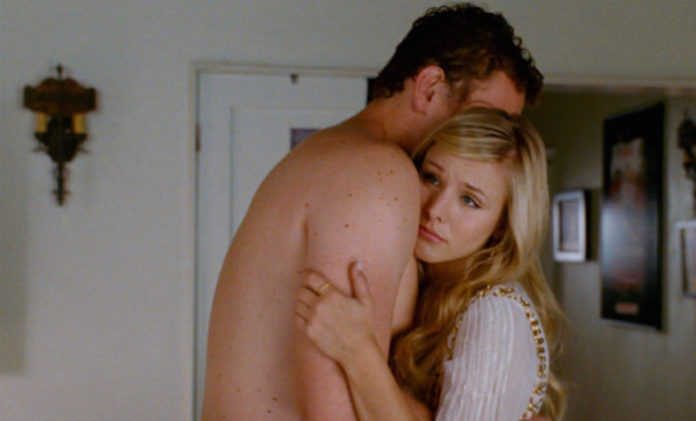 Dumping someone or getting dumped is never fun. However, if you’re with someone you feel is totally not right for you, you should definitely make a change. Life is too short to be with someone who makes your stomach churn. If you need reasons why he or she is not the one for you, here are 11 of the weirdest, strangest, and most awkward reasons people have dumped someone over:

“About 5 months into a relationship I broke up with a guy because I honestly hated the way his face looked. He was a rebound and about 2 months into dating him, I didn’t understand why I started. He was very skinny and literally offered nothing to my life. I tried finding any and every excuse to leave him but ended up telling him his face made me want to punch a small human. I told him I wanted to punch a child because of his face…”

2. Your vocabulary is actually shit

“I broke up with a guy because he pronounced mundane words incorrectly. He said gravy like “gruvy”, and couldn’t differentiate between specific and pacific (he legit called it the “specific ocean”). He would also roll his R’s (I mean, he’s Canadian so there’s literally no reason for that). He even had the nerve to send me back edited versions of the grammar and spelling of my texts. It was literally like dating a toddler.” 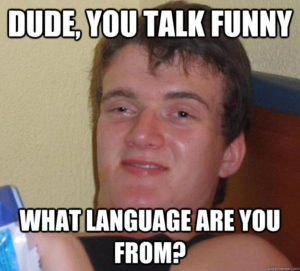 “I broke up with my ex of 4 years because I had a strong hunch that he was gay. He loved hanging out with his guy friends a little too much. He was such an asshole at the end (well, throughout our relationship really but especially at the end) that I got sick of it and blamed it on that and no chemistry. But it was really because I strongly believed he was gay.”

4. We’re supposed to be just friends

“When I was 15, I had my first relationship and it lasted about 5 months. We never kissed at all, and I called him on the phone while I was with my cousin at a family reunion to tell him I didn’t want to be with him. I felt bad afterwards and got back together with him. A week later, I actually broke up with him in the mall parking lot because we were basically friends with an unfitting title.”

5. I pretended to be sick

“So I dated this guy named Kevin in grade 10 to make someone jealous, and in the time we dated, I took two weeks off of school to ignore him. I literally pretended I was sick just so I didn’t have to see him. And everyday in the span of that two weeks, Kevin would call to make sure I was okay, but I just found it annoying. When I got back to school, I continued to ignore him and Kevin soon got the hint that I did not like him at all.”

6. His nails were too short

“I was talking to this one guy, and the very first time that we actually met up, I didn’t like his nails. I mean, they were bitten to the nub. So, I stopped responding to his texts.”

7. Text with correct grammar and spelling next time

“I dumped a guy at a Pizza Hut partly because he was super clingy, but mostly because I couldn’t stand the way he texted. There is no reason to write “ya” instead of “yeah”. Get them right!”

8. I was scared to take his virginity away

“I dumped my high school ‘sweetheart’ because I was too scared to take his virginity. We had a sexy make out session the day of graduation where, obviously, things escalated, and we were going to do it. But snot ended up draining from his nose all over my face, which shut everything down. Two weeks later we were over…”

9. He did not have good hygiene

“He called me when he was camping. He told me that he hadn’t had access to a shower and that he didn’t realize he had fish bait in his hair for three days. Boy byeeee.”

10. The boy was a total pothead

“I broke up with a guy because he was convinced that marijuana was a proper medication to regulate his ADHD, when all in all, he was actually just a heavy pot smoker looking for a valid excuse.”

11. He wanted me to try cocaine

“I was talking to this guy, and we played 21 questions over text. I have never, ever, met someone who asks so many sexual and intense questions to me before. That alone should have made me dump him. However, him asking me if I was willing to try cocaine with him was the scissor cutting the thread. I instantly shut down the conversation and blocked him on everything.”

These 11 stories should make it much easier for you to dump the one you’re with. If you have any hilarious dumping stories, please comment down below and share!

That Time I Went Out With A Homeless Man (And Didn’t...