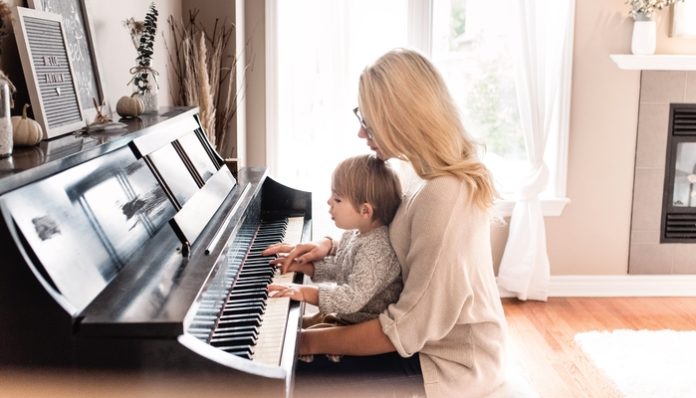 I have a confession to make… I don’t know if I want to be a mother.

Let me stop you there, because I’ve heard it all before.

I know, I’m young and I’m single. A 21-year-old me is in “no position” to be making “serious decisions” about my potential bloodline. If I “just wait” until I find the “right guy”, everything will fall into place… right?

It’s a slippery slope from finding Prince Charming to being a full-time mom. And while there’s nothing wrong with that, quite frankly, it terrifies me.

Recently, I’ve encountered a rather new phenomenon. That is, “single woman shame.”

When speaking to a male friend about feeling embarrassed of my single status, he couldn’t relate. He had no idea what it was like to live with a ticking biological clock while trying to build a career. Plus, didn’t think about how a child would change his life, and honestly, it wouldn’t change all that much.

I’ve worked damn hard to get where I am. At 18, I picked up and moved 200 miles from home as the first person in my family to pursue an education. This also made me the first woman to deny motherhood as my first priority.

I work 40 hours a week to put myself through college. At 21, I have already landed my dream job as a junior journalist through sheer determination. Make no mistake – there is still a long way to go. But I’ve sacrificed a lot to get to where I am, and I’m not ready to throw it all away for a family.

As a woman, I’m acutely aware of the price that comes with motherhood. It’s one that very few men will ever come close to experiencing.

Parenting is hard for both genders. But it’s most grueling for women, in a number of areas:

Taking time out to raise children can potentially set you back in your career. Typically, a woman works very few hours during her child’s first few years. It’s also rare for a mother to pick up more than part-time work as the kids grow up.

The pressure to play the role of a perfect parent (both self-imposed and from other parents) can suffocate women. Women are shamed for anything less than being perfect mothers, so it’s no wonder that 43 percent of highly qualified women choose not to return to their careers after having children.

This is an alarming statistics, especially when we think about the fact that fathers don’t face the same repercussions.

There’s no shame in being a stay-at-home mother. But we really have to fight the stigma of working moms not giving their children enough attention.

When a baby arrives, it’s normal for the father to remain at work while the mother cares for the child. A recent study found that “women underestimate the costs of motherhood. The mismatch is biggest for those with college degrees, who invest in an education and expect to maintain a career.”

While taking time off work to look after bub is important (if that’s what you want to do), it can have more serious implications to a women’s financial autonomy. Women are twice as likely to suffer financial abuse than men. Her reduced income can make her more likely to stay in a potentially harmful or abusive relationship. And while it’s indisputable that many mothers enjoy staying home to be with their kids, the financial sacrifice of motherhood is important to be aware of. Many primary breadwinners believe they have the right to control the family income, despite the dependent spouse working as many or more hours in the home.

I’m not going to lie, the physical aspect of pregnancy is probably what freaks me out the most. I can’t imagine sharing my body with another being, and the physical impact of gestation is dramatic, to say the least.

The actual process of giving birth is one of the most painful experiences a woman will go through in her life, but it doesn’t stop there. Leaky boobs, hemorrhoids and bleeding are just a few of the joys of the postpartum body. The process of breastfeeding is “painful, time-consuming, messy, stressful, exhausting” and while the circle of life is beautiful, it’s quite gendered.

Postpartum depression is a very real thing. Even though it’s still widely misunderstood, it’s triggered by the hormonal changes that occur in a pregnant woman’s body.

Women at the highest risk include those with pre-existing mental illnesses, a family history of depression, financial instability, and problematic pregnancies. While these factors increase the risk of postpartum depression, it’s important to note it can affect any mother.

While fathers typically return to work a week or two after the birth, mothers often opt to stay at home with the baby. This can be incredibly isolating, so it’s important for moms to reach out and speak to a medical professional if they find themselves struggling in any way. Empty-nest syndrome also takes a harsh emotional toll on mothers, especially ones that stayed at home. Often, women will put their lives on hold to raise children, losing their identity and career in the process.

So, excuse me if I’m not as concerned about the ticking of my biological clock as I’m expected to be. I’m not saying fathers have it easy (far from it), but I’d be lying if I didn’t say I’d be less hesitant about parenthood if I’d been born male.

Do you agree with this message? Does parenthood impact women more than men?

The Truth Is, I’m Finally Ready To Let You In