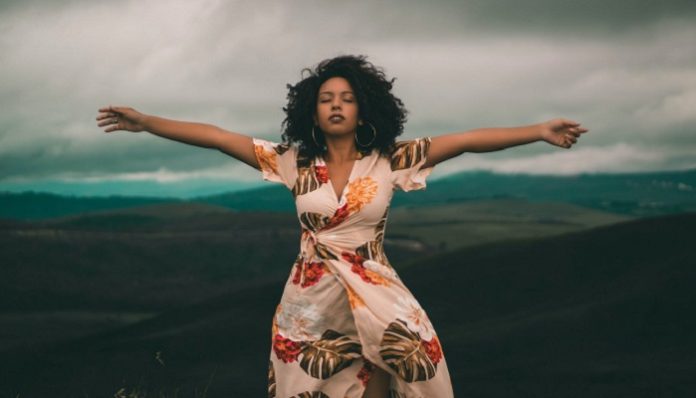 I kept hearing how love makes you blind, so when I fell for you I made sure to be cautious with my sight. I kept my eyes wide open, looking for any warning signs that I might miss. Making sure I wouldn’t trip or fall. That I always knew where I was going amongst the green.

I imagined the blindness to be absolute and all-absorbing, so I did not understand when being with you felt like seeing clearer than ever before. I took it as a sign of reassurance, convincing myself that I could not possibly be blinded by you. Instead, I believed that we were meant to be, complementing and strengthening each other with our differences.

Every moment by your side was filled with vibrant colors. Fresh, blossoming, blooming green as far as the eye could see. Loving, caring, forgiving, green. A sign to keep on going, to keep on fighting, to keep on believing. A color telling me that I had finally won
With you by my side, I wandered in a garden of fresh flowers, growing along as our love for each other grew. I spent every moment awake running freely around in a field of green wilderness, feeling more refreshed and alive than ever before.

But what I never realized was that deep inside those fields of green, a small red garden had started to grow.

First came one single bloom, as red as blood with thorns like shattered glass. It was hidden too deep inside the greenery for me to see. You told me that there were no roses ahead, and so I believed you. How could a rose so sharp and red possibly grow out of a garden so simple and pure?

As time passed, the garden grew closer But no matter what anyone told me, you would time after time reassure me that there were no roses to worry about. You said that my friends were seeing something untrue, that they had misunderstood, that they were jealous. And I never doubted your words, as I was too blissfully happy living in my little green paradise.

So when I woke up to a rose on my pillow one morning, I could not believe my eyes. There it was, a single red flower, destroying everything I had seen to be true. Suddenly my paradise wilted. I could not believe the reality of it, so I reached out to pick it up. But as I touched it, it pricked me, not only making my fingers bleed but also my heart aching.

In that moment, our color changed. Looking at you now, all I could see was red. Angry, disappointed, vibrant, red. And when I got up and outside, it was as though the whole world outside had changed. Now our beautiful green garden was filled with red roses, ready to prick me at every corner. Making me unable to run freely without a care in the world. Now the color was telling me to stop, that danger was coming, surrounding me.

It was all of those warning signs and unacceptable situations I had naïvely chosen not to look closer into.

How was I supposed to know that a single red rose would destroy a garden filled with a million green flowers?

20 Guys Share What Instantly Makes Them Lose Respect For Other...

The History Behind 3 Classic Birthday Traditions