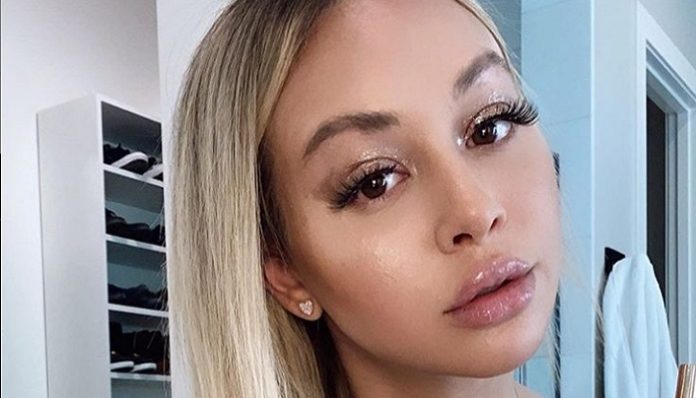 While the Bachelor is not the most educational program, and I am not proud to admit that I indulge in it with mild excitement and a rather large goblet of wine every Monday night, there is something to be learned from it.

When you have a house full of women desperate to find love, you know you are bound to find some entertainment. Even better, throw them all into a house with nothing to do other than drink and fight over one semi attractive man, and you will find yourself cringing in pain with the humility that they cause themselves and laughing hysterically at the outrageousness that occurs. Other than just pure comedy from this reality show, the Bachelor also makes you learn from the mistakes that other women make when it comes to finding a man. In particular, Corrine.

This season, full-time viewership wasn’t required for you to know who Corrine was. The 24 year old that “owns a multi-million dollar business” and has a nanny (Yes, you read that correctly), made a name for herself in the media for all the wrong reasons. She became known for her weekly crazy antics, lack of clothing, materialistic ideals, odd sleeping patterns and outlandish philosophies on life.

Most of the time you found yourself having an odd look on your face trying to process what Corrine had just said or betting on how many times you were going to see a blacked out censor bar where her lack of clothing/nakedness was. It wasn’t until Corrine’s final scene on the show where she had showed off the remaining brain cells that she had left. In the limo ride on the way home from her final elimination Corrine said in slurred words,

“I just want to feel loved, the way it’s supposed to be. The normal way. Why can’t I just have a normal relationship?

I’m trying to say things that men think are appropriate, and you know what? I’m done trying to show my men how much I worship them and I love them and support them.

So if someone feels that way about me, they can tell me. And they can bring a ring to go along with it. I’m done trying to impress these men.”

And then it hit me. Corrine is a normal girl. Corrine is just like us, looking for love in all the wrong places and making similar mistakes that we have made in the past as well. And then my world started crumbling around me when I realized that I actually agreed with her..

As women, we sometimes feel that we have to change ourselves for a man. We feel like we have to mold ourselves into this person that our love interest will like and prove how perfectly we can fit into their lives. On top of that, we put the man that we like on a pedestal. We praise them for the little things and disregard the warning signs. We think that they can do no wrong and blind ourselves to who they really are and what is really happening around us. We bend over backwards trying to make sure they know how we feel, when in return, we have stopped making them work to impress us. We have let the tables turn.

A woman shouldn’t have to work to get a man’s attention (the whole premise of the Bachelor). If you find yourself changing your mannerisms or characteristics for a man, walk away before you waste any more time on it. No man that makes you change yourself is worth it. You deserve someone that is going to appreciate you just for how you are. No questions or run around needed. And you also shouldn’t be doing everything in your power to get that man’s attention. When it comes to a relationship, it is a 50/50 deal.

While I wouldn’t go as far as to say that Corrine should be our next President or a woman we should look up to, there is something to be said of her final drunken speech. Love is an equal playing field, so don’t feel that you have to hold a man above you to attain him. Also, no man is worth the runaround or changing yourself for. If a man wants to be with you, he will. If he doesn’t, you will find someone else who is better suited for the job. No reality show required.

Here’s How Many Shots You Should Actually Take Based On Your...