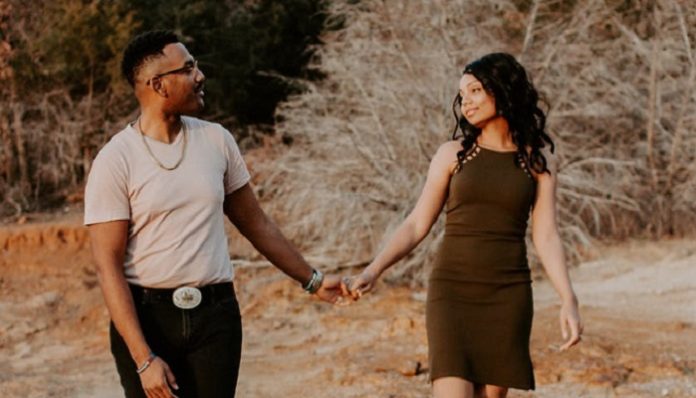 Until a few short months ago, I was forever single. I was the fiercely independent woman who didn’t settle for men, but not settling also meant I became extremely picky. After my last relationship ended two years ago, I was okay with being forever alone. I went on two pathetic dates that whole time, and the rest of the time I reminded myself I was better off alone and prepared to be the cool, single aunt for the rest of my life. While some may think this seems bitter, they’re wrong. I wasn’t bitter, I was just being real. In high school, I was always the girl with a boyfriend, and once I graduated, I just got tired of defining myself as someone’s girlfriend. I wanted to be more.

I wanted to be the girl who conquered her fears and followed her dreams,

the passionate woman who inspired others to see that they could be more than what society tells us we can be.

There’s absolutely nothing wrong with feeling this way; in fact, every woman should aspire to be that type of woman. However, the problem was that I rejected the idea that a woman could do all that while still being madly in love with a man. It was always one or the other with me, until I met him.

As cliché as it sounds, when you meet the right person, love knows no boundaries. Instead of being with someone who always questioned my dreams, I am now in love with someone who pushes me to follow my dreams, supports my crazy passions, and challenges me to be the best woman I can be on a daily basis. When I first began “talking” to my now-boyfriend, I didn’t know how I would be able to balance having my first big job with having a mature, loving relationship; however, I was more than ready to give it a try. That’s not to say I didn’t have any fears:

I was afraid I had become too independent and loved being alone too much.

As someone who fights with severe anxiety, I love being alone. My energy comes from being alone. That’s how I was in my prior relationships, and it only magnified when I became single two years ago. I spent a lot of time alone, and I understand that’s healthy, but I feared I loved it too much. I feared that I wouldn’t be happy if someone didn’t understand that, but I was wrong. When you’re with the right person, you don’t want to spend as much time alone anymore; in fact, it’s quite the opposite. Instead of spending every waking minute I can by myself, I want to spend as much time as I can with him, and I don’t think there’s anything wrong with that. I’m just happy I have someone in my life I want to see that much.

I was afraid I still didn’t know what love was

Since my parents divorced when I was young, I didn’t really believe in love. If my parents didn’t have love for each other, how was I supposed to find it with a complete stranger? I’d never been in love, so I was worried I never would find love because I didn’t know what it was. But again, as cliché as this sounds, I found it in the man I’m with and learned it’s less about which words you use to describe it, and more about how you feel.

From struggling with verbal abuse to being cheated on more times than I can count, it’s pretty clear I wasn’t sure what a real, mature relationship was, or how to have one. I was afraid I would try to punish him for my ex’s mistakes, not give him enough space, or I’d enter the new relationship without any trust. Every time my ex would start to push away, I’d run. However, now that I’m with a strong, mature man, I don’t have to worry about running because he’s consistent; he doesn’t push away, and he doesn’t let me go one day without telling me how much I mean to him.

For these reasons, I fought my feelings like hell before diving in. I’m stubborn; it’s what I do. However, I knew my current boyfriend was more of a man than any man I’d met before him, and any man I’d ever meet again. So, instead of running like hell, I decided to stay. And now, I’m happier than I’ve ever been.

Being with someone new is scary. If you’re used to one type of relationship, especially a bad one, you start to doubt whether you’ll ever change your patterns. It only takes one person to prove that not everyone is the same. There are still good, chivalrous men out there, and I’ve found mine. You just have to be patient.

12 Definite Signs Your Friend With Benefits Is Catching Feelings