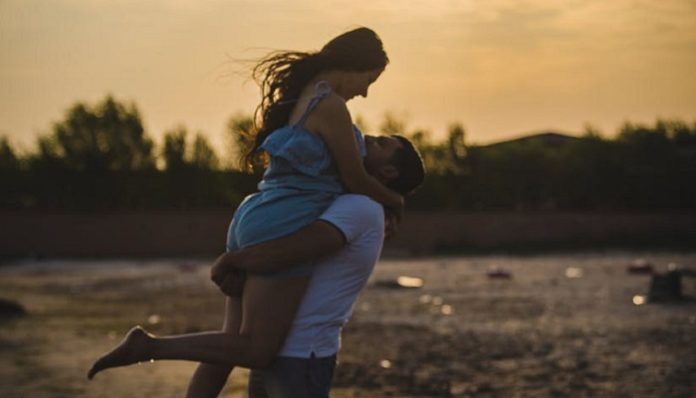 I’m both a realist and romantic – and that’s how I choose to love right now.

It’s funny how the term ‘hopeless romantic’ contradicts itself – because all one ever seems to do is hope. But when did having hope become such a taboo? When did we decide that being giddily and blissfully in love just wasn’t cool anymore? These days, all anyone in the dating game cares about is staying “chill.” Because surely, being “chill” guarantees more success in our relationships than being excited, passionate or hopeful ever will. Right?

We are too afraid of being kept in the dark, humiliated, hurt, or deceived. We think that it’s foolish to love someone, believing that they’re one person but not knowing who they truly are. To be so eclipsed by love that we can’t see where the story ends – or that it’s even going to end at all. But it’s not. Choosing to see the best when you love someone isn’t a weakness – it’s a strength. Once you face the fear of getting hurt, you’ll have nothing left to lose.

We’re all realists until we fall in love.

People pride themselves on being realists, but being a realist is easy. Accepting things exactly as they are doesn’t make you any smarter, wiser, or braver. Challenging reality; challenging ourselves to do better – now, that’s bravery. The way I see it, dismissing every opportunity you come across as “unlikely” or “improbable” is just an admittance of insecurity.

Chances are if you choose “being a realist” as your escape, it’s not because you genuinely don’t see the odds of it working out. You’re either too afraid of getting hurt, or you simply don’t want it enough to try. Because whether you’re a realist or a hopeless romantic, whether you admit it or not, the truth is this: everyone sees the best case scenario, but not everyone dares to acknowledge it’s there. And me? I refuse to accept anything less than the best case scenario, if I’m sure it’s what I want.

I am a romantic. I still have hope. But not because of your promises, or your apologies. Not even because of your lies. I have hope because it’s who I am. And it doesn’t mean I’m ignorant of your bad habits, my insecurities, our sloppy routines, or the fact that I’m leaving for college and will probably never see you again. It just means that I’m willing to continue laughing with you, fighting with you, and falling for you until the chance to is taken away from us.

I am a realist. So I admit that you’re wrong for me – intoxicatingly, recklessly, chaotically wrong. You bring out the worst in me. But with you, I feel something. And I’d rather feel angry, and jealous, and intoxicated, and reckless, than not learn anything from being just “fine.”

I am a realist. So I admit we don’t have a forever – but we do have a now. And right now, we’re young and can afford to spend our time loving the wrong person, even if it’s at the expense of a few broken hearts. There’s only so much time to make mistakes and I want you to be one of them. I have the rest of my life to heal but right now, I won’t deprive myself of the opportunity to feel.

I am a realist. So you are my first love – but I know you’re not my last. You’re wrong for me. And though you say you want to, you may or may not change. I am a realist, so I won’t be surprised if you don’t.

But I’m also a romantic. So I hope that you do.

Because that’s the most fearless way I know how to love you.

5 Healing Steps After You Breakup With A Friend

10 Life Lessons I Learned From Re-Reading My Old Journals