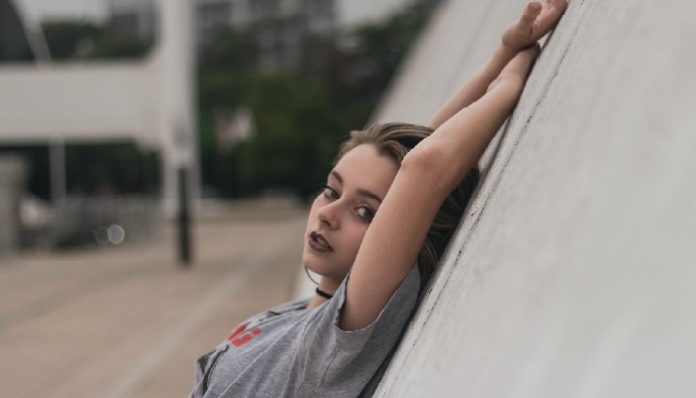 If there’s any lesson in life that is incredibly bitter and hard to swallow, it’s learning the art of letting go. Letting go of things is incredibly hard, especially when it means letting go of people. And to make things all the more difficult, it’s twice as hard to let go of someone you care about, you love, and you gave your all to.

There’s no denying that we’ll one day encounter relationships that are horrible for us. Our friends will tell us, our mothers will constantly remind us every night over dinner, and the 10 unanswered texts you’ve sent them will be laughing in our faces with a loud and clear slap back to reality.

I’ve been in a lot of different relationships; some healthy and others unhealthy. I’ve been a friend with benefits, I’ve been a mistress, I’ve been an almost-relationship but no label, and I’ve been someone’s dirty little secret. I’ve also been the love of someone’s life. Because of this, I know that most of the other relationships I had were in my life way past their expiration date. Why is it that women so often make the same mistakes I have, and stay in “relationships” with men who are uninterested and unbelievably undeserving of them?

The truth is, once you care about someone, cutting ties can be more than difficult. You always want to give them a second chance…and a third, fourth and even sometimes, a fifth. You always want to see the better in people and believe that people can change if you help them grow into whoever that potential of a guy you see is.

But, in reality, we’re only hurting ourselves. We’re setting ourselves up for disappointment because we have unrealistic expectations of our partners. They can be spelling out disaster in front of our face but somehow behind our rose-color glasses, we see a chance for love.

Girls, it’s time to acknowledge the red flags and read the warning signs along the road. There are ways we know it’s time to move on.

1. He never texts or calls you first.

I know that this sounds catty and maybe a little juvenile, but I truly believe that if someone wants to speak to you, they will make an effort to do so. That means reaching out to you before you do them. Often times, if a guy is really into you, they’ll want to call and see you. They’ll want to text you throughout the day to know what’s going on with you. If you’re the only one constantly stimulating the conversations, they’re most likely not interested in you as much as you thought.

2. Whenever you hang out, you have sex.

Although this may seem obvious, it’s not always written in stone. With today’s generation being comfortable as we are with casual dating and no labels, it’s hard to tell when you’re a booty call or someone’s real deal. You should never give your all to someone who is only hanging out with you for a nightcap. If you always end your dates getting down and no labels in sight, it’s almost certain that your relationship isn’t actually a relationship and you’re simply this guys’ blow up doll. You are worth more than just your body and you deserve someone who cares about your brain as much as they do your breasts. Stop wasting your time on something that is a dead-end.

I have a strict belief in girl code and feel that if you ever go after someone who has a girlfriend, fiance or a wife; you’re an awful girl and human being. However, I also have been in this situation and know how hard it is when you’re emotionally invested in somebody. Yes, I’ve been an awful human being. The hardest lesson I had to learn was that I was only a pitstop on this guys journey, a notch in the old belt. If a guy cheats with you, he most likely isn’t ending his relationship or marriage to be with you. Truth be told, even if he did, he would cheat on you all the same. No one wants a relationship where trust is an issue.

4. He doesn’t care about your dreams or problems.

Believing in someone that you’re with is important. So is listening to them when they need to talk. If a guy doesn’t care about what’s going on in your life-your career status, your family and friend issues, your thoughts on the new How To Get Away With Murder episode, you’re probably wasting your time. You should be with a guy who cares about what you have to say and actively listens when you say it.

5. He makes you feel awful about yourself.

When a guy makes you feel bad about yourself, it’s a no brainer that he’s not the one for you. Nobody should ever be a priority in your life if they are only bringing you down. I’m a firm believer that energy is contagious; if you’re surrounding yourself with negative energy, you too will have a negative aura. If you’re spending time together, and it always ends up in a fight because you’re not getting what you want or need from the relationship then it’s time to cut ties.

Although many people will say that knowing when to walk away is easy, it’s the walking away that is the hardest. Saying goodbye takes a lot of guts, courage, and sometimes a few bottles of wine. It’s even harder when social media plays an active role in our everyday lives, reminding us that people still smile and live without us in their lives. It’s important to remember that walking away is never forsaken, because, in the end, the only person you should be worried about taking care of is you.