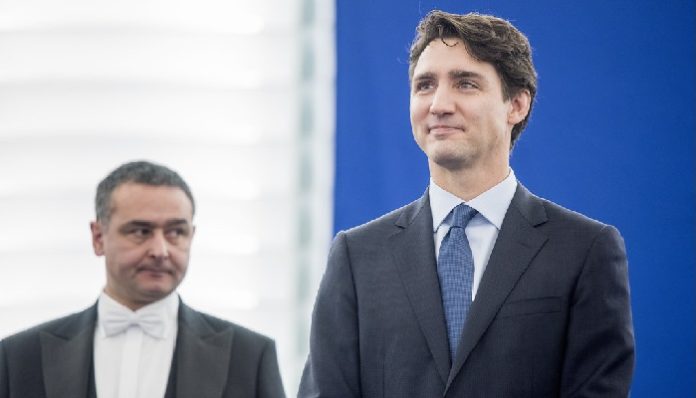 Canada’s current Prime Minister Justin Trudeau has been called a dreamboat and heart-throb, but his appeal goes far beyond his looks. Since taking office in late 2015 as Canada’s 23rd prime minister, Trudeau has been quick and decisive on his political aims and beliefs, including women’s rights.

Sadly, when it comes to world leaders, he is the exception and not the rule when it comes to gender equality. Let’s compare how Trudeau is promoting women’s rights, to other leaders, who are skirting the issue entirely or being deliberately vague about their thoughts on equality.

Immediately following his Liberal party’s federal election win, Trudeau chose to show how he respects and values women’s perspectives and expertise. He did so by appointing a diverse cabinet – the team of ministers who will help him guide the country.

For the first time in Canadian history, the ministerial team was made up of an equal number of men and women. The Guardian newspaper reported that when announcing the appointment of the 15 women and 15 men to the cabinet he said, “It’s important to be here before you today to present to Canada a cabinet that looks like Canada.” When asked to explain his gender parity choice, he simply answered: “Because it’s 2015.”

He Proudly Refers to Himself as a Feminist

Over generations, there have been negative connotations associated with the concept of feminism. Now a white, straight male who leads a nation of 35 million people is calling himself a feminist. Quoted in the Independent, Trudeau said “we shouldn’t be afraid of the word feminist. Men and women should use it to describe themselves.”

His politics are an extension of feminism. He is making sure women’s issues are getting pushed higher up on his party’s political agenda.

Meanwhile, in the United States, as the presidential election is heating up, the presumed Republican front-runner Donald Trump is unabashedly and consistently hurling insults at women who oppose him or challenge him in any way. He also belittles, sexualizes and stereotypes women publicly and unapologetically.

The Huffington Post gathered examples of these remarks, including a tweet (that was later deleted) where he wrote:

Trump also said Hilary is playing on gender. “The only thing she’s got is the woman’s card,” and “Frankly, if Hillary Clinton were a man, I don’t think she’d get 5 percent of the vote.”

Leading Others to Feminism

Trudeau has spoken openly about raising his own daughter and sons as feminists – helping his children grow up to understand and embrace gender equality as a basic human right. This will allow future generations of men and women to not be confined by strict gender roles and expectations. Trudeau is also urging other parents to do the same.

Meanwhile, in Russia, President Vladimir Putin is literally flexing his muscles to teach about masculinity. Hunting shirtless, horseback riding shirtless, fishing shirtless – these are all activities Putin has been photographed engaging  in. His brand of politics revolves around displaying masculinity and an intimidating physical presence. He doesn’t encourage dialogue and compromise, instead he favors might and a strong will. There is no talk of women’s rights from Putin, merely displays of masculinity.

Trudeau has ushered in a new era for the country and the world. Trudeau’s feminism brings with it open-mindedness and a balanced perspective, one that other world leaders can definitely follow.

To The Hopelessly Romantic Single Girl