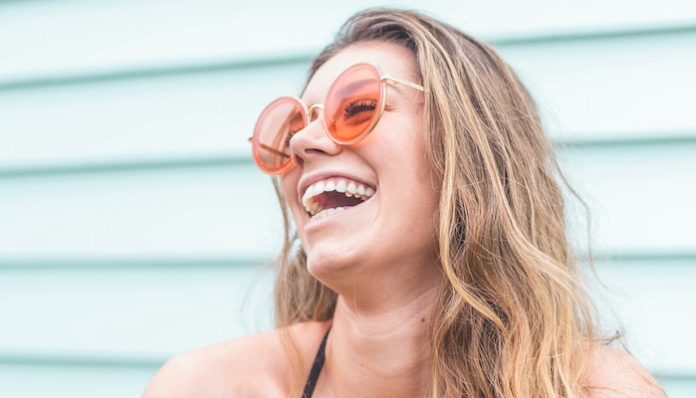 Remember back in grade six when the boy you liked didn’t like you back? Then, you started to loosely throw around the phrase, “I’m forever alone,” while dramatically throwing yourself on your bed. Well, now that things have changed and you’ve grown as a person, the term has definitely found its meaning for some.

Now that I’m an adult in her mid-twenties (this makes me sound so old), and that I’ve been single for four and a half years, I realize that I am “forever alone.” Or at least, I have been for the last four and a half years. Do I believe it’s my destiny? Absolutely not. I’m sure I’ll find someone to tolerate me enough to date me (haha oh, but when?).

But the more I reflect on my dating situation and my fellow single gals, I’m really realizing that we have some damn good qualities. Sadly, because the term has negative connotations, we don’t see the positives in being single long-term the way we should.

1. She can survive without a plus one.

Whether it’s paying for her own meals, getting her own groceries or occupying her own time, she can do it all by herself. She doesn’t need anyone to play the strong man type, nor will she be dependant on one.

2. She doesn’t need someone to make her feel special.

She already knows she’s special and is her own hype woman. Anyone else’s compliments or attention is just extra validation for her. #sorrynotsorry

Patience is her strong suit, and she’s very proud of it. She’ll more than likely keep things slow for as long as possible. And she definitely won’t be preparing for marriage or babies any time soon.

4. She has a life outside of the relationship (when it happens).

She won’t get mad when her lover is working late or want to hang out with their friends or family. Those things won’t really bother her nor would they affect her because she’s comfortable to do the same.

Well, if they’ve been as single as long as I have, then of course, they will. This means that sex will be fun, experimental, and it will be easy to please her. Think of how good the orgasms will be!

Because she’s been single for so long, she’ll really make a conscious effort to keep a significant other and have a happy relationship. She knows it’s a team effort and does her part.

She’s a tough broad and learned to fight for herself. Because she is so confident in herself, she won’t back down and will put you back in your place. So, good luck treating her like crap – she’ll dump you before it happens.

Because she’s been single for so long, she’s established high standards. That means that she just won’t let just anyone ruin her solo party. Instead, they’ll be extra special to her and she’ll be thankful to have a good person around. And she’ll never let you forget it.

Even if the “forever alone” girl may not have a lot of dating experience, she definitely knows more about dating than people realize. She doesn’t need the history to be a great girlfriend. Instead, she’s been living her best life and become aware of who she is. And she’s proud of her single status. If she wants to date, she’ll be treated right and valued. And she will never settle for less.

So next time you knock the forever alone girl or feel bad for yourself for not having a boyfriend or girlfriend, just remember how awesome that single girl is. In fact, take a few pointers from her while you’re at it.