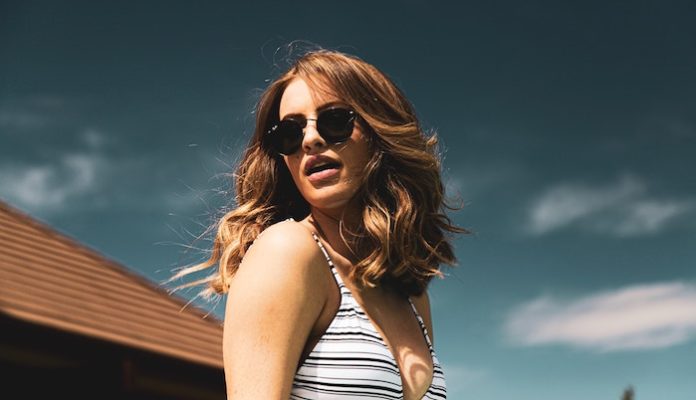 A guy first labeled me as a girl with daddy issues at 18.

After a night out, I rejected multiple men’s sexual advances and engaged in a number of politically-fueled fights. At that point, I couldn’t have cared less about what people thought of me.

A guy at the party pulled me aside and asked – rather abrasively – if I wanted to sleep with him. When I politely declined, he scoffed and a surprised me with a diagnosis of daddy issues. A combination of a few bottles of beer, a tight dress, and my disinterest in dropping my panties led to his “professional” conclusion.

I always believed that women with daddy issues embraced promiscuity and troubled lives. However, I’ve since learned the implications of this term run much deeper than any of us realize.

It made no sense to me why someone who didn’t know my father could make a comment with such conviction. Society loves putting women in boxes, but somehow this label didn’t sit quite right with me.

I was thinking long and hard on this when one day it hit me. Daddy issues don’t actually exist. At least not in the context we consider them today.

Before you get mad, I need you to hear me out.

I feel like I should come out and say that I have a great relationship with my father. This is not something I take for granted. What’s more, I understand that this affords me a privilege that so many go without. Our relationship isn’t perfect. Sure, we disagree, but it’s not a traumatic relationship.

However, some of my personality traits would indicate otherwise.

Now, I am not denying that many women have problematic and painful relationships with their fathers, nor am I invalidating the pain this must have caused them in their life.

I hear about so many women having fragmented relationships with their fathers and write themselves off as being “unlovable” because of it, and it breaks my heart every time.

This is an issue, but it’s not a daddy issue in the sense of the word as we use it now.

Studies do show that there is a correlation between dysfunctional father-daughter relationships and women ending up in problematic relationships.

However, I’m hesitant to refer to them as daddy issues.

This phrase has been trivialized to the point where it’s no longer recognizable as describing the psychological impact of poor parenting. It also ignores the fact that men can have problematic relationships with their fathers.

Daddy issues perpetuates the notion that women are undatable if they have problems with their fathers. It characterizes women who have had bad relationships with their fathers as “damaged goods” and as easy to get into bed. For whatever reason, if a father mistreats his daughter in the past, it gives a free pass for men to treat her terribly in the future.

This is the encapsulation of our modern notion of daddy issues.

It all boils down to one thing: Women are only worth as much as their relationships with men.

The phrase “daddy issues” as it currently stands implies that women are only worth as much as their relationships with their fathers.

It does not implicate the father for bad parenting, nor does it hold him accountable for the psychological trauma he may have caused. At the very least it insinuates that he failed to keep his daughter compliant and even then we will forgive him if it means a chance of getting her into bed.

It perpetuates the idea that if she had a better father she would conform to the oppressive attitudes we impose on women in society.

No one has ever diagnosed a woman with daddy issues in a way that fetters concern or sympathy. It’s used as a term to degrade women and convinces them they deserve to be mistreated because a significant male figure in her life set a terrible precedent.

It effectively gaslights women into believing they are worthy of the mistreatment they received in the past and they will forever be easy targets because of it.

Instead of preying on women who have had poor relationships with their father figures, we need to provide them with support. More than that, we need to stop trivializing what is very real trauma by labeling any woman who doesn’t fit into the ‘good girl’ mold as having these so-called daddy issues.

To all the women who have had tumultuous relationships with their fathers, you are not broken.

I won’t deny the detrimental impact that kind of trauma can have on you, but I’m here to tell you that you do not have daddy issues. You have endured a painful relationship with your father and you deserve to heal, but that won’t happen as long as society keeps putting you in a box. You’re not damaged, you are not easy, you are not a sexual object.

You are a powerful woman and you are healing.

Join the discussion: What are your thoughts on daddy issues? Share them with us below!

Photo by Logan Weaver on Unsplash

5 Ways To Get A Man With Commitment Issues To Commit...

3 Reasons Writing Is Such An Important Part Of Life