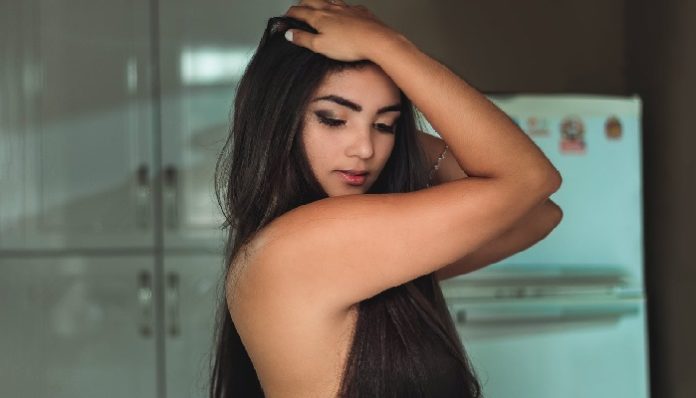 The night started out normal. I was a little reckless with my alcohol intake, especially considering that I had work early the next day, but a 6 AM wake-up call has never stopped me from partying before.

I went out knowing full well that I was going to see Freddy*, my fuck buddy, later on. We weren’t friends. We didn’t even speak other than to ask for sex. The arrangement worked well for both of us. We got what we both wanted and he was leaving the state in less than a week. That night, our sexting escalated quickly. The whole time, I tossed back drink after drink. We arranged to meet up after I left the bar, and with those plans in place, I proceeded to dance the night away.

If I didn’t have the Uber receipts from that night, I wouldn’t even know how I got home. I have no recollection of meeting up with Freddy or how we got into my apartment. The first clear memory I have is when my drunken mind surfaced mid-sex and I had no idea what was going on nor did I know how we both ended up naked in my bed. We were both wasted.

I went in and out of self-awareness. The whole memory is like watching a video of stills that don’t fit a coherent timeline. I let Freddy do whatever he wanted to me, because this was what I’d asked for, right? He was a good guy…kinda weird, but this was completely consensual.

I woke up the next day with condom wrappers on my floor, my hips sore, and my stomach in knots because I realized that I could only recall random blips of the night before. I pulled myself together as best I could and made myself go to work, but the damage was already done. That night was my undoing. I came apart at the seams. The fabric of this fake reality I’d created for myself ripped right from under me.

Freddy and I shouldn’t have had sex that night, but that was a mistake we both made. I take responsibility for my bad life choices, because, well, I can’t blame Freddy for the downward spiral that happened afterwards. It wasn’t the tequila sloshing around in the pit of my stomach that made me throw up the first time. I can’t even blame it on the greasy breakfast I ate in a desperate attempt to sober up.

It was the fact that every feeling I had that morning; the nausea, confusion, embarrassment and overwhelming shame…they were all feelings I knew all too well. I am no stranger to self loathing but I hadn’t felt that specific mix of emotions in years. I felt as though I’d been ricocheted back into the emotional hell of my past self.

When I was 8 years old, I was repeatedly molested by a family member I trusted.

For sixteen years, I suppressed the memories of what happened to me. Unfortunately, this drunken encounter brought up those same emotions inside me. I remember the confusion about what was happening and even worse, about why I didn’t like it. Someone who loved me was doing grownup things with me and yet, I hated every minute of it.

Each time, I was struck by another phantom hand touching me without my permission.

When I squeezed my eyes shut and hoped for it to be over, I wasn’t stuck in my 24-year old body anymore. I was 8 years old, alone and afraid, in what was supposed to be a safe place. I spent sixteen years suppressing a year of my life that I couldn’t speak of. I didn’t want to be a burden. I didn’t want to share my depression, for that of all things, was mine…I didn’t want to tell anyone that

he was my trigger.

He had power over me then, and it turned out, he still had it sixteen years later. My behavior didn’t make sense without the back story, but the back story was too painful for me to speak about. Telling the story made it real again, but I let him destroy me as a child. I won’t let him take the rest of my life.

I’ve survived tragedy after tragedy and heartbreak after heartbreak. I’ve been ignored and left behind. I walked through fire to get to this age, to create the beautiful memories that I have, and to find my way. He’s my trigger, but I won’t let him hurt me anymore. I gave him power by letting him be a shameful secret. I let him haunt me. He’s always been the demon I couldn’t face.

Instead, I let the floodgates open. The memories, the self loathing, and helplessness; it all came back with terrifying clarity and I cried for what felt like hours. I thought about my 8-year old self sitting back and taking things she didn’t deserve, but having the courage to walk out and having the strength to continue on. I realize that I may be crying while facing my past, but I won’t run anymore. I’m taking my power back and I’m never letting anyone else have it.

How My Crush Made Me A Better Person Even Though We...