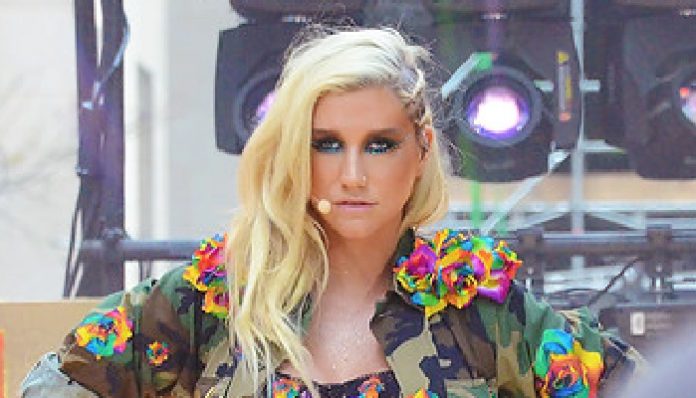 Tik Tok, waiting for new music from Ke$ha? Same. Ever wonder why we haven’t heard anything new since 2013? Well, it’s because she’s been in court battling it out with producer, Luke Gottwald, aka Dr. Luke. Her second album underperformed and much of the blame was put on producer, Dr. Luke which ended with a petition to “free” Ke$ha from Dr. Luke’s management, and from the record label itself, as it was “stunting” Ke$ha’s creative growth as an artist. No big deal, right? Celebrities want to get out of record labels all the time, here’s where things get f*cked up.

In addition to trying to break her contract with Dr. Luke, and Sony Records – Ke$ha stated that Dr. Luke drugged and raped her shortly after her 18th birthday. Her choices were either to a) work with another producer but anticipate having Sony not distribute her music effectively or b) work with the person who she claims had raped her. Not fun, eh? You would think that the safest thing to do would be to free Ke$ha from her record so she can move on right? … wrong.

Earlier today, Manhattan Supreme Court Justice Shirley Kornreich denied her request for a preliminary injunction that would have temporarily nullified her contract from Sony Records, and thus freeing her from Dr. Luke. Judge Korneirch felt that Sony would suffer “irreparable” harm if Ke$ha was to not abide by the contract. What does this mean? Ke$ha is now legally binded to make SIX more albums with Sony and Dr. Luke.

The reasoning behind the decision? It would undermine the state’s laws governing contracts, and stated that Sony offered her to work with another producer. I didn’t realize that undermining a state’s law was more important than an individual’s safety. Ke$ha’s lawyer argued that Sony is not legally bound to promote the album to its full potential, and that they would protect Dr. Luke more as he made more money for the label than Ke$ha. The judge’s response? All his claims were “speculative”. In addition, the judge postponed the dismissal motions put forth by Dr. Luke and Sony, to dismiss Ke$ha’s claims that Dr. luke abused her emotionally, and psychologically.

This isn’t the first time that an artist has tried to get out of a recording contract. Look at JoJo, and her seven-year battle to be released from interscope. Where are the other artists? The ones who claimed to be Ke$ha’s fans when she was on top of the world? Where are the artists who are always “fighting the industry”? I’m looking at you Kanye West, Taylor Swift, Beyoncé. Big name stars are always releasing music exclusively, and refusing to work with people for petty reasons. Ke$ha has a legit reason, where is the support?

How can you help?

By supporting Ke$ha and her fight. As fans, we have the power to either support or bring down an artist’s success. Take a stand, and show how you support Ke$ha by signing the online petition to Sony to release her from her contract, or bombard Sony on social media to do so.

Celebrity news comes and goes on a daily basis but it is important for us to always remember news that affect individuals in such a serious manner, and to support them in their time of need. Take away Ke$ha from her fame, and see her as just an individual. This is someone who is being forced to work with someone who tortured her on a daily basis for a span of approximately six years or more. It is not fair, something needs to change.

12 Definite Signs Your Friend With Benefits Is Catching Feelings