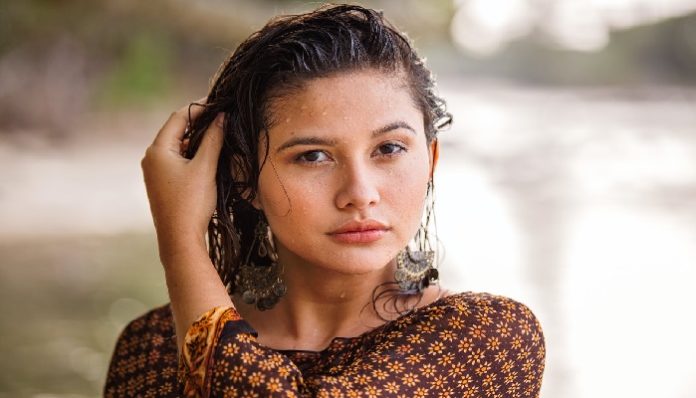 Sometimes, I wonder what was going through your head that night. But part of me worries that if I knew, I may actually believe that I “asked for it” or that I’d be even more haunted and f*cked up from what you did to me. I will never understand what made you think you could violate your girlfriend, a 14-year-old freshman in high school. Was it because you were the star football captain and I was a cute little cheerleader? Was it how you smiled at me and the way I would blush and instantly be at a loss for words? What made you think anything you did to me that night was okay? You took one good look at my innocence and decided it was your God-given right to rip it away from me.

But the truth is, none of that matters now…

I wonder if you remember that night as clearly as I do – as I probably always will. I screamed ‘no’ over and over, but you acted like you couldn’t hear me. You held me down in the backseat of your car, wrapping duct tape around my wrists then over my mouth. Screaming at me to “shut the f*ck up” at the slightest whimper. Tears streaming down my face, while I was trying to use all the strength in my 95 pound 5’0” body to kick you off of me, that’s when I felt the back of your hand making contact with my face. You told me that you were doing this because you cared about me, as you pushed my shirt up exposing my bra. You said you were “taking a moment to admire this body of yours, which will be mine now.” Only, it was anything but admiration, it was the way a lion looks at its prey. The hungry in his eyes, the sinister look of knowing what he’s about to do will end the life of something so precious, but having no remorse – because his mind tells him he needs to do this.

The moment you reached for the zipper of my jeans, and then yours, was the very moment I realized what you were going to do. I was about to be raped and there was nothing I could do about it. But there was no way I was going to give up without fighting my absolute hardest, even if it killed me. I filled my lungs up with all the air I could manage to breathe in, then screamed as loud as this duct tape would let me, kicking the door behind you as hard as I could, trying to squirm just enough to throw you off of me. But it wasn’t enough; you just continued to sit on top of me looking down at me with an evil grin on your face. You reached into the back pocket of your jeans, pulled out a knife, and flipped it open. You examined the sharpness before placing the cold metal against my skin. You watched me wince and I watched you trace the knife up and down my body before stopping at my neck. The thought of you slicing my neck was less terrifying than you taking something that wasn’t yours to take. Do you remember what you said to me next? Because I’ll never forget.

“I’m going to get inside you one way or another.”

And I finally gave up after that. I laid there and silently hoped that you would kill me when you were done, because why would I want to live after that night? You made me want me to die. You stole everything that was mine from me. You stole the sparkle and light from my eyes. You stole my happy-go-lucky attitude towards life and replaced it with depression and anxiety. I laid there while you finished and zipped up your jeans. I laid there as you told me if I mentioned this night to anyone that you would kill me, and then kill my family. You also told me that no one would believe me. I laid there as you used the knife to cut the duct tape off my hands, then ripped the tape from my mouth, watching you get out of the car. I remember you opening my door up and telling me to “Get home safe.” But little did you know, I would never feel safe ever again after that night.

It took over 2 years to finally tell my parents why I had become so cold when I’ve always been so loving. You almost ruined my life, and my family’s lives. Do you know what it feels like to have everyone look at you like “you poor thing”? Do you know how it feels to look at yourself in the mirror every morning and hate what you see? Every time someone else tried to touch my body, I would flinch and move away because I was unsure if it was genuine. I still have nightmares. I still wake up in a cold sweat because I see your face or hear your voice. I have a hard time trusting people. I never take the same way home, because I never want to become a target again. I look over my shoulder every time I walk alone. I always carry a weapon on me in case you ever find me again. I am so hypersensitive in every public situation, always watching, always observing, always afraid that I could be assaulted again. I’ll never know who I would have become if not for you, and I’m sorry to say that.

I know there’s a very small chance you will ever read this. But if you do, understand this: the power you wanted so desperately that you had to steal it from a 14-year-old? You don’t have it anymore. I will be 24 this year, and I take back that power every day when I choose to not let you haunt me anymore. When I choose not to see myself as a victim, but a survivor. I live with what you did to me every single day of my life because I know you can no longer hurt me or anyone else. And you will live the rest of your life knowing what you truly are: a rapist. Against my own wishes, you are my rapist. And that means you are mine to forgive. But I hope one day you get what you deserve, because it’s coming.