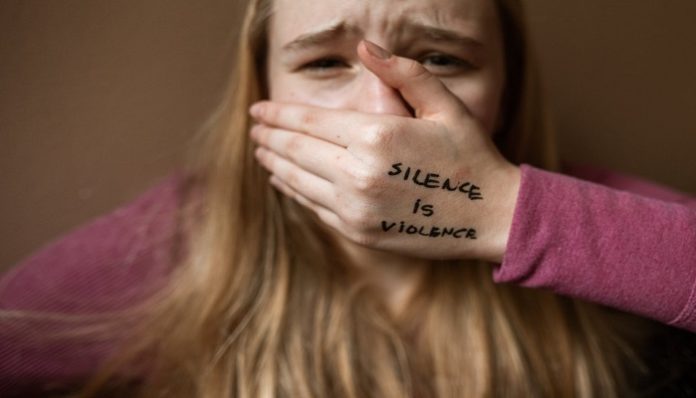 Rolling Stones recently came out with an article exposing the brutal gang rape of a freshman UVA student, “Jackie.” Jackie, who was brought to a Phi Kappa Psi fraternity party by one of its members, was lured into a dark room following an innocent suggestion that the pair travel elsewhere for some quiet. Upon entering the room, she was aggressively pinned down and raped repeatedly by seven fraternity brothers before being released, bloodied and traumatized.

As a woman, it is hard to fathom that a man, who at one point in time was categorized as the protector, the guardian, the watchful knight in shining armor, could now be capable of such cruelty. In today’s world, instead of simply worrying about what shoes to wear on the first date, a woman now needs to be privy to the fact that her date could potentially take advantage of her vulnerability, force himself upon her, push open her thighs and perform the most degrading and disgustingly aggressive act to her body. A body that, at its very core, is sensitive, fragile and delicate. Of course, this is not the standard for all guys today; however, it was the horrific reality for this innocent, freshman student, who never assumed her charming frat date was planning to rape her.

“Grab its motherfucking leg,” one of the rapists yelled, an extremely powerful line from the article.

Its. I don’t think I will ever understand how someone could treat another human being as a worthless object. As an “it.” An “it” is that test you don’t want to take tomorrow. An “it” is a piece of dirt that you need to wipe off of your shoe. An “it” is not the “motherfucking leg” of a scared, 18-year-old woman.

Yet, perhaps the aspect of the article that was most horrifying was not the actual gang rape itself, but rather the misguided and immature reaction of her friends who, instead of worrying about the beaten, bloody and obviously terrified girl in front of them, were more concerned with their reputation and social standing following an association with the girl who cried rape.

I think this nonchalant; ‘shit happens, move on’ approach speaks to our current generation’s view of, not only the hook up culture, but also the need to fit in with the current social scene. No one wants to be an outcast. That is why the nervous pledge followed through with the rape. That is why the victim’s friends abandoned her. That is why UVA wants to keep rapes and sexual assaults under the radar.

No one wants to be associated with an outcast.

I find it sickening and incredibly sad that women are emotionally forced into a corner and made to seem desperate or dramatic when it comes to discussing sexual encounters. Don’t complain. Just go with it. It’ll be over soon enough. The double standards are intensely present and the common verdict is that if you don’t have sex you’re a prude, if you do you’re a slut.

So which is the outcast: the slut or the prude?

Sex is not an act that should be looked at with such brutality and invasion. It is supposed to be a shared act of trust, love and equality. When you physically become one with another person, especially a person with whom you think of before yourself, no one should be categorized as “the dominant” or “the submissive.” You are equals who become selflessly bonded in an incredible, beautiful way.

No one should have that experience taken away from him or her. No one should think about sex and be reminded of that time in college when they were raped or sexually assaulted. No one should be silenced when it comes to the violation of their body, one of the only things in the world that we have complete control over.

What it comes down to today is perspective. Both men and women alike need to stop thinking about sex as something that can be carelessly tossed around and shamelessly used without a second thought. It is a sacred act involving the most vulnerable parts of our very being.

Rape will only stop once sex is treated with the respect it deserves. So respect it.

Note: Although allegations regarding the validity of The Rolling Stones article have recently surfaced, the college rape culture still heavily persists today. Despite the journalistic malpractices involved with the original piece, the point of this article is to highlight the destructiveness of rape as a whole and how women can overcome the stigma associated with it.

Why You Should Never Give The Advice That “It’s Just A...