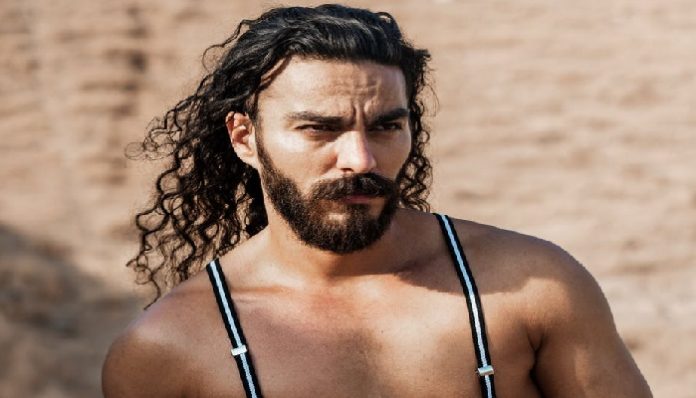 As a young little Freshman, I was overwhelmed by the number of cute boys I saw walking around campus. Backwards hats, typical frat boy attire, the slick skater guys jetting by and winking as they passed me. Okay…maybe I winked at them, but whatever. I would like to point out that while the college boys are fun to look at, deep down, we would all rather chase after a post-college MAN. Science tells us that men mature at around 25, which totally explains why we’re all pining after those older gents.

Here are 5 differences that separate the men from the boys:

1. Their Outlook On Drinking

I will never understand the excitement that college boys get when they are able to chug an entire plastic handle of cheap alcohol. It’s not attractive or impressive in the slightest.

Mature gentlemen tend to approach drinking a bit differently. A real man knows not only the right things to say, but also the right wines to pair everything with. Sipping, swirling and smelling are the only three rules within the drinking world of our post-college fellows. Also, their knowledge in beer compares to that of a connoisseur.

2. Their Outlook On Dating

Most college boys are probably scratching their heads at the idea of a date. To be honest, they’re probably thinking “Wait, I have to actually pay and take you somewhere?” Let’s be honest, college boys like to think that every season is open season. The closest you’re going to get to a classy date is at McDonald’s, and even that’s rare.

A nice romantic dinner, you say? *Sigh* Ladies, have you been wanting to be taken out on a nice date but haven’t found the right guy? Well, you probably weren’t looking down the aisle of men who are more than happy to get to know you and sweep you off your feet. When a boy matures into a real man, his hunting season is over.

“Uuhhh Dude, can I borrow your bro tank? I’m looking extra swole today.” Okay, fine, every college guy dresses a bit differently. College boy reality revolves around snapbacks, tanks and Vineyard Vine’s pastels. In the winter time, we might get a little more coverage with a college or frat hoodie, sweatpants and duck boots. What a dream… *sarcasm*

Now, I’m not saying that these boys don’t grow up and have nice style later on, but let’s just take a look at what they will be wearing later down the road. They will outgrow their tanks and hopefully wear fitted suits and ties. We might even get the added bonus of combed hair and not looking like they just rolled out of bed.

4. How They Handle Problems:

“I don’t want to talk about it, I’m busy”, as they text you while watching their favorite sport team on the TV. College boys seems to get away with more than they should and they HATE confrontation. They make excuses for making out with another girl in front of you with this famous one liner, “I’m in college, shit happens.”

Men want to know what they did wrong and maybe even acknowledge their mistakes. “Can we talk about yesterday?” This is a big step for any guy. Admitting they were wrong is part of the manly ego that is hard for them to let go of, but when they do, it makes life a lot easier. Confrontational conversations become less of a scary topic and more of an intimate one.

5. What Kind Of Women They Find Attractive

“Dude, did you see the rack on that girl?!” It seems that all college boys focus on, is looks and looks alone. It’s funny to see the girls that are clearly a 10 get approached by cocky college boys that are not even close to a ten, because they think they are deserving of getting some action.

Men, however, turn their heads from girls like these, though they may look, they are more fond of women who are smart and classy. Girls that know how to hold their own and can carry a fluid conversation. Don’t get me wrong, there is something to be said for physical attraction, but a grown man recognizes that the intangible attraction is just as important.

College guys, it’s okay, I don’t blame you for being young and immature; after all, us girls still pine over you. Deep down we know there is hope for you to grow into the man we want in the future, we just wish it could come a bit sooner. Just like a caterpillar, college boys will grow into beautiful butterflies and sweep us all off of our feet…it just might take a little longer than we would like.