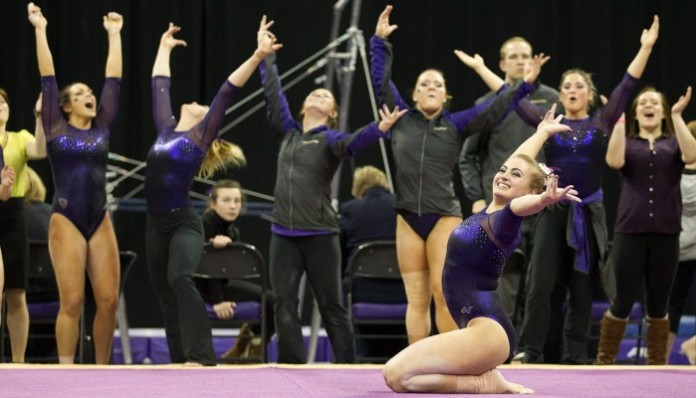 That is the day my gymnastics career ended. I knew it was coming. I had a finite expiration date for the sport that I had loved since the age of five. On that day, life as I knew it fundamentally shifted, and I have been working to make sense of that ever since.

I never expected it to be this hard. To be honest, I don’t actually know what I expected. My life revolved so entirely around gymnastics that until my time actually came to be done, I could not even begin to realize what life would be like in its absence.

Different. Life is utterly, completely, and entirely different. And yet, not much has changed. I’m mad at my alarm when it goes off in the morning. I eat and sleep, and crack a sarcastic joke that probably gets me in trouble. I obsessively drink my coffee, sometimes too much. Yet, there is a part of me that never made it out of my past life.

I didn’t think I would miss those seven hour practices from hell. But I do.

I didn’t think I would miss hours upon hours of conditioning. But I do.

I didn’t think I would miss early morning practices, when the gym is still cold and no one is awake yet. But I do.

Those long, draining practices? They leave you feeling accomplished.

Those hours on hours of conditioning? They leave you feeling strong.

Those early mornings spent in the gym? You leave knowing that you’ve accomplished more than a lot of people will all day, and before most people are even awake.

Gymnastics looks glamorous. It looks like leotards, glitter, ribbons, flips, and smiles. What it doesn’t look like is bloody hands, aching bodies, tears, frustration, and the thousands of times I have landed on my face over the years. But, these are the things that make gymnasts so damn tough. We learn, at an early age, to smile through injuries. To pretend our bodies aren’t aching. To get up, over and over again, and try it again. Just one more time. We make the impossible look easy, and do it with smiles on our faces.

Most successful gymnasts get that way because of a few certain traits. We are hyper-competitive perfectionists, usually with obsessive personalities. This makes us successful at a sport that demands up to 40 hours a week of practice – in high school. That’s the same as a full-time job. But, that’s an environment we thrive in.

These traits allow us to succeed in a demanding, difficult, unfair sport. A sport that doesn’t take a break for an off-season. A sport where, if you aren’t completely engaged mentally, you could end up paralyzed, or worse. A sport that is judged entirely on appearance. Most of the time, the judging isn’t fair, and this is something we have to learn to swallow at a young age.

My relationship with gymnastics lasted 16 years. But the lessons I learned will last even longer. What did I learn?

To be wholly and completely dedicated to something.

To set goals, and to work my ass off to achieve them.

The importance of making a commitment and staying true to it.

How to be a good teammate.

How to manage my time; being a full-time college student as well as an athlete is no simple task.

Mental toughness. You don’t get up on a beam in front of a few thousand people without this.

But I also learned:

How to learn from failure and ultimately put it behind me.

How to be successful as well as humble.

What I am willing to sacrifice. Growing up, I sacrificed any resemblance of a social life because, that’s right, I was at the gym. But, I don’t regret that sacrifice, because ultimately it allowed me to achieve my goal of competing in college.

To be stronger than I ever thought possible. From competing through a stress fracture for nearly an entire season to moving away from home in order to achieve my goals, this sport put me to the test over and over again. And for that, I will be forever grateful.

Gymnastics was so rewarding for me. I earned a full-ride scholarship to an amazing college, met my best friends, experienced the highest of highs and the lowest of lows, and learned my biggest life lessons. However, its absence has left a part of me empty. Some days, I don’t think about it much. I go about my day, and don’t really notice the emptiness that lies deep down. I spend other days fighting back the tears that threaten to overcome me.

I miss the gym as my sanctuary and happy place. When I walked into the gym, everything else disappeared. Whatever I was worried about, it didn’t exist for those few hours.

Life goes on. This year is a little easier than the last. And I presume next year will be better than this one. But I don’t think the emptiness will ever go away – and I am learning to be okay with that. I am learning to let the emptiness be a part of me – rather than let it consume me entirely. To let it remind me that although that part of my life is over, it will always be a part of who I am. I no longer get to use gymnastics as my only identity, and for better or for worse I have to figure out who I am without it.

Gymnastics was once my whole life. But it’s not anymore.

And thank you for allowing me to fly. 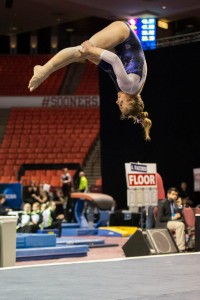