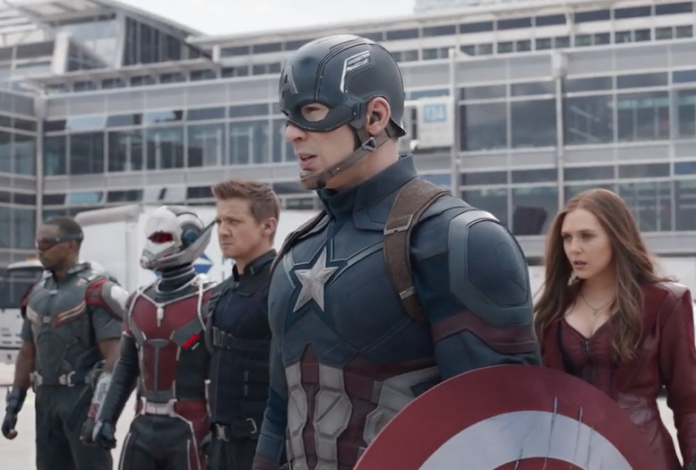 We all know what the Super Bowl is even if we don’t understand football. It’s one of the biggest sporting events of the year. With the Super Bowl comes expensive and anticipated commercials, and an unreal halftime show. While a couple of commercials stood out, the movie trailers were definitely the best part.

The past two weeks were all around music releases, and this week is all about movie trailers. While some of these movies are too far away for my liking, the trailers should suffice and get you excited. Get ready for what is sure to be 2016’s Summer Blockbusters!

1. Captain America: Civil War: Release Date: May 6, 2016
This is the first trailer since November and boy am I excited for Chris Evans to reprise his role as Captain America. The next instalment of the Marvel Universe will find the team ripped apart, and Captain America is there to defend long-time friend. Team Captain America or Team Iron Man? Here’s to hoping that the end of this film is a happy one.

2. X-Men: Apocalypse Release Date: May 27, 2016
Following the superhero theme that seems to follow us wherever we go lately (Who else is excited for Deadpool?!), the latest Super Bowl spot gave us a quick look at the upcoming sequel from 2014’s X-Men: Days of Future Past. As per usual, the fate of the world hangs in the balance and it is up to a new group of mutants to save it.

3. Mike and Dave Need Wedding Dates Release Date: July 8, 2016
Adam Devine and Zac Efron play brothers in the party movie who place an online date to find the perfect dates for their sister’s Hawaiian wedding. The best party? Their dates played by Anna Kendrick and Aubrey Plaza out-party the party brothers. If the movie is going to be anything like the trailer, I am excited for this. Plus, all four have been on a roll lately with the product they’ve been putting out.

4. Independence Day: Resurgence Release Date: June 24, 2016
It seems like 90% of the films being released this summer are sequels and this is no different. Following the events of Independence day, another fight ensues. Using past alien technology, a defense program has been implemented to protect Earth but the aliens are back to. It also features heart-throb Liam Hemsworth so that’s a plus.

5. Teenage Mutant Ninja Turtles: Out of the Shadows Release Date: June 3, 2016
A sequel to the 2014 reboot, the film stars Megan Fox once again in another crazy and funny adventure of the TMNT crew. A new threat is presented, and with an imminent invasion – it’s up to the TMNT to protect their family, and New York City.

6. Jason Bourne Release Date: July 29, 2016
I’m starting to think that Jason Bourne will be able to get out of any situation at any given time. The newest installment of the Jason Bourne series finds former CIA operative out of the shadows, and thrown back into the world of action.

From what it seems, this year’s summer blockbuster hits will all be action-packed films. Don’t forget about Suicide Squad which is being released on August 5th! Take my money Hollywood because you can bet that you’ll see me in line for all these movies. If you’ve been looking forward to these films from when they were announced, be sure to take a look at the trailers. Which film are you looking forward to the most?