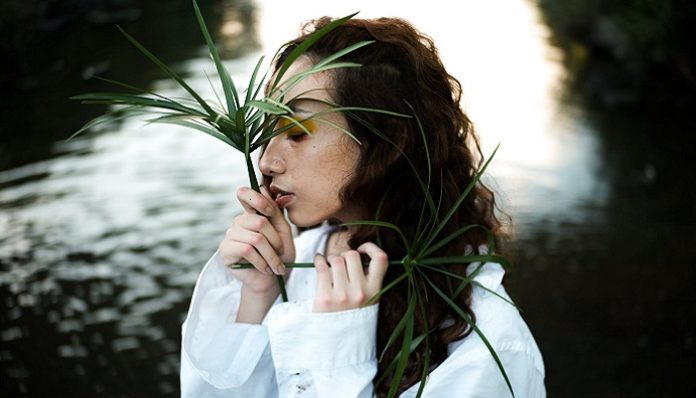 I woke up again feeling more drowsy than usual. I guess I shouldn’t be surprised, considering what they pumped us full of. Although I must admit, they’re always finding these creative ways to wake us up in the morning. Today it was by putting a cigarette out on my thigh. I haven’t had that done to me in a while, but it’s not as painful as some of the other things they do.

I stumble getting up, but I’m trying to get my shit together long enough for observation. I can’t believe they are basing us off of just waking up in the morning. I feel like absolute hell and can only imagine I look much worse.

“This one”, he says in his thick Russian accent, while pointing to me.

F*ck. Of course, it’s me. I’m standing here in my goddamn underwear in front of all six of them. How could it not be me?

I step forward, ready to be thrown in the shower and cleaned off from last night. I feel disgusting. No different from any other f*cking day. I guess I should be thankful they even let me shower, but how could they not? I need to be looking all fresh and clean for the next client. Gross… I dread this more and more each day that passes me by.

I jump in the shower and clean off, profusely. I scrub every inch of my body with soap and thoroughly wash out my hair. It’s completely knotted and tangled from the mess the guy left in it last night.

I hop out of the shower and am escorted back to my “room” if you can even call it that. It’s a big open space with 16 beds and the cheapest, shittiest looking curtains that hang around it. There were a few rooms upstairs that were special in the sense that you made more money up there. None of which was ours to keep, but more money for them. I guess to give us some privacy while they have their way with us, then inject whatever drug is closest.

It’s been two years now. I was twenty years old when I was taken. I can’t believe I went home with that guy from the bar, thinking it was just going to be a one night stand. I was completely naive and definitely wasted, but I didn’t peg him to be that guy. I guess that’s why he was hired for the job. Three armed men pulled up in the parking garage in this big, dinged up black van. It took them all of ten seconds to open the door, and forcefully pull me in. I was paralyzed with fear that night. I couldn’t move, I couldn’t scream, I couldn’t resist. Before I knew it, I was in the back of their car being tied up and tape was being applied over my mouth.

I blacked out the rest of the ride; I remember trying to fight the urge to close my eyes, but I briefly remember one of the men sticking a needle in my arm. I couldn’t tell you what it was, but I was almost fine with it, because whatever was about to happen, I was pretty sure I didn’t want to be awake for.

When I woke up, I was in a room with ten other girls, exactly like me. We were all scared, exposed and a little bruised up. It’s now two years later and you never get used to the abuse, the constant fear, and absolute brutality. But what choice did we have? I remember when Lauren tried to run away about six months into me being here, and needless to say, she’s no longer with us. I heard she tried make a run for it by jumping out of the window upstairs, when she was waiting for a client, but they must have heard the commotion because they ran in after her and stopped her. We aren’t sure what they did with the body, but the screams still play in my head and are enough to keep me up at night.

But it is the same shit, different day. There are 3 men waiting for me when I show up in the room, in the cheapest lingerie. But I don’t feel sexy. Who would? I’m all bruised up, my body is shaking, I’m high as hell from all the drugs and my forearms are bruised to shit from all the poking with needles. I hate this life. Just as I’m drowning in my own self-pity, one of them forcefully slap me. This is nothing new, they usually like to assert some sort of dominance before they have their way with me.

I don’t even remember what consensual sex feels like anymore. I’ve been used and abused for what feels like a lifetime and I feel this thick sheet of darkness come over me. This is it, isn’t it? This is my life now. There will be no romance, no love, no marriage, no passion. It will forever be like this until it’s not.

That’s why I decided to take matters into my own hands tonight. This isn’t the kind of life I want to live, and I truly don’t see any purpose to keep wallowing in my own depressing thoughts. So, I reached for the needle I stuffed under my mattress and grabbed as much drugs as I could get my hands on. I slowly injected the poison into my veins. I felt it course through my forearm, up into my right shoulder, up into my chest and spread all throughout my body. It feels so good to finally be in control, and calm. God, do I feel calm.

9 Signs You Need To Let Go Of Your Relationship, Even...