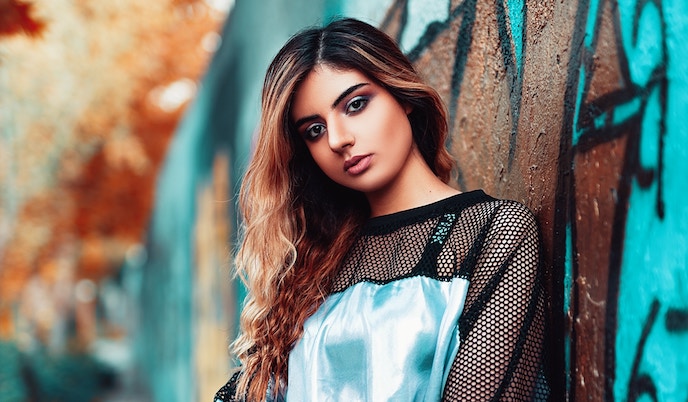 Picture this: You’re in court to have a temporary restraining order extended against your former abuser.  It’s you against him; your lawyer against his. That was my reality not so long ago. And that terror I still battle today.

For fourteen months after I ended the relationship with my abusive ex, he did everything in his power to circumvent my attempts to keep him out of my life and away from my social media. Eventually, my local police department intervened with a mere phone call, which isn’t saying much. They called and verbally warned him to knock this shit off, stay away from me, and cease all forms of communication. The police department assured me that I would not hear from him ever again. But I knew better.

In no time at all, my abuser was back to stalking and harassing me from a distance. This culminated with him sending a birthday gift to me with a fake return address.  This “gift” remains unopened; I returned it to sender without a second thought.

Then, for nearly five months, I heard nothing. I tried remaining optimistic and started putting my life back together. With the help of my therapist and supportive friends,  glimpses of my old self emerged. I felt safe and empowered… until he showed up at my doorstep in August.

With this single act, he forced my hand. I immediately filed a restraining order against my abuser.

The Sheriff’s Office served him the temporary order while he was at work. As hard as he tried to keep it a secret so the rumors didn’t spread among his colleagues and tarnish his reputation, the news spread like wildfire.

As we entered the courtroom to decide the fate of the restraining order, I once again felt optimistic. However, that optimism soon faded away.

My ex-fiancé wanted me to revoke the restraining order because this type of legal document would cause him to lose his medical license and livelihood as a surgeon. Instead, he wanted me to sign a “personal contractual agreement” with a confidentiality,  non-disclosure clause so that it wouldn’t appear as a legal record. In good faith, he would deposit $10,000 into an account, held in escrow by his attorney. He would forfeit this “hush-money” if he violated the terms of the agreement, which listed in painstaking detail how he would stay away from me.

My ex and his lawyer fabricated and sold that lie to the judge. As usual, the judicial system sided with an abusive man and failed an innocent woman. I left the courthouse empty-handed. No more restraining order, no protection.

The sole purpose of his “hush-money” agreement was to prevent me from telling anyone at work about the violence, sexual assault, abuse, stalking, and harassment that he inflicted upon me for twenty-eight months. You see, we both work for the same organization.

Now that I exposed him for the abusive, narcissistic man that he is, my ex is hell-bent on ruining my life. He wants me to know that for as long as air remains in my body, there will also be breath in his. He wants to ensure that I am fully aware that he is omnipresent.  An insatiable appetite lives in him; he menacingly cripples all of the holidays and special occasions in my life. In a film-noir sort of way, with nefarious intent, he morbidly bookmarked and memorialized all of the dates we broke up and reconciled the relationship that once was.

For narcissistic abusers like my ex-fiance, winning is their endgame.

Losing isn’t  in his vocabulary. Although he won in court, his professional reputation is smeared. So he blames me for this loss and insists on making me pay.

Through all this, I stand to lose everything. He put handcuffs on my freedom, but I won’t let him control me anymore. Despite all that I have endured and continue to battle, I will never give up my voice. This is my story, a story that others need to hear.

I have no doubt he will come for me; it’s only a matter of time.

If you think you’re a victim of abuse please visit The National Domestic Violence Hotline.

Photo by Peyman Farmani on Unsplash

How Meeting My Soulmate Taught Me To Love Again

For The People Still ‘In The Closet’ On National Coming Out...