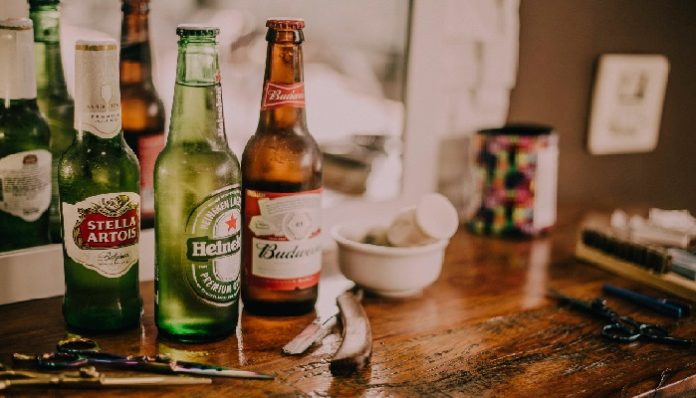 IT’S GAME TIME BABY… well it will be in a few hours from now when that beautiful kick off happens at 6:30 pm. I have my beer, wings, and gear ready to go. If you don’t know what I’m talking about – let me give you the basics:

Tonight is Super Bowl 50! NFC champs Carolina Panthers and AFC winners Denver Broncos will come head to head in football’s most anticipated game of the season with the halftime show featuring Coldplay with a special appearance by Beyoncé.

It’s not too late to impress everyone and catch up on your football, you still have a couple of hours! If anything, Super Bowl is just another excuse to get together with friends, forgo the diet, enjoy wings, and get drunk. To jumpstart the process, Unwritten has created the unofficial Super Bowl 50 Drinking game:

Pre Game:
Take a shot if:

That should probably get you ready for the actual game.

Game Time:
Take a sip if:

Still need more excuses to drink? We got you covered.

This drinking game should leave you with a nice buzz for the night, especially if you don’t particularly understand football. I mean, Sunday Nights are made for beers and football. Super Bowl Sunday is the perfect ending of the football season and with it being Super Bowl 50, I’m sure we’ll be in for some surprises.