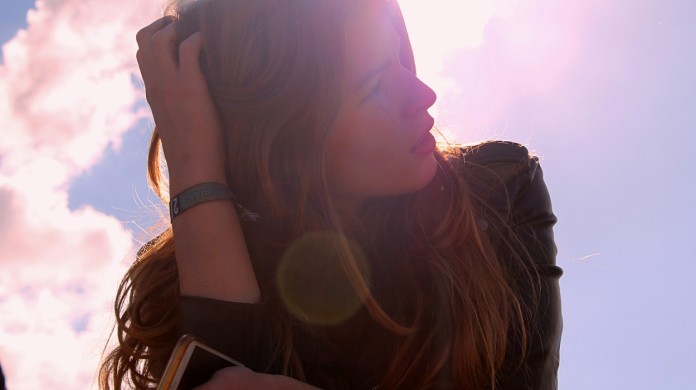 Relationships are already confusing to navigate, and breakups are hard as f*ck – even if you’re the one to end it. The thing is, the most difficult thing to understand is how to deal with the end of a relationship that never really was. No, I don’t mean that imaginary relationship you have with your favorite celebrity. I mean those ‘relationships’ that had all the motions of one, but with no labels. The ones where you were on the cusp of officially dating, or it felt like it was official, but there was no actual defined relationship. These are the weird non-relationships that eventually fizzled out for no reason. Someone was ghosted, someone lost interested, or someone was just fed up without the label, but at the end of the day, everyone gets hurt in these situations.

You technically never had them in the first place, but it sure feels like you did. The relationship had all the signs of being in a romantic relationship: daily texts, dates, knowing each other’s families, presents. It probably lasted just as long as any of your other “official” relationships too. All your friends made comments about the two of you.

“You two are / would be so cute together.”
“Are you sure you two aren’t dating?”
“When are you guys going to be official?”

Do not let a label define your emotions that you felt during the time you two were together. It probably affected you just as much as your past relationships have. At least in the end of a relationship, you can be like, “My ex did…”. What do you call that person? You can’t really pinpoint the moment when it started to feel like a relationship, but the both of you knew it was headed that way. Maybe it was the ‘good morning’ texts, the constant plan making, or the flirty ways that the both of you were.

One day, it just stopped – the morning and late night texts, the constant hanging out, and the subtle flirts. You don’t know what happened, or maybe the both of you called it off. More likely, one of you pulled the plug. The worst part is seeing them be official months later. Why couldn’t they be official with you? Were you not good enough to be in an official relationship with them? Why are they more open with this other person? Was it all a lie? These are the questions you ask after a relationship ends. The truth is, there are so many f*cked up things that always happen after calling of a relationship that never was:

You constantly question this – yours and theirs. At least in a relationship, you know that the feelings are mutual. I mean, why else would the two of you voluntarily decide to be together officially? However, in a non-relationship, feelings tend to get questioned a lot. Was it all in your head? Were the feelings even there for them? Did you read into their feelings? Were they just playing with your head? Was it just out of convenience?

This is the worst part of it all. The end could have been someone giving an ultimatum of either being in a proper relationship or splitting up, a person changing their mind on the current situation, or simply  – uninterested responses or unanswered texts. There may have been closure, or no official ending by either party. The ending has all the same results that one experiences when they’re in a labelled relationship.

You questioned it, and you probably thought, “It’s okay”, or that a label wasn’t necessary. Maybe you even resigned to the fact that the two of you were only friends, and all the feelings and little moments were imagined. Let’s be honest though, it was all real.

You didn’t imagine anything – it really did happen. They were the sweetest significant other without actually being labelled as one. Can you mourn for a relationship that never was? Can you even grieve? Can you tell people that the two of you had a ‘thing’?

As with anything in life, do not regret it – any of it. As cliché as it sounds, everything happens for a reason. Maybe this relationship just wasn’t supposed to happen, it doesn’t mean that it still doesn’t hurt like hell though.  You will forever describe the relationship as something that just happened but don’t diminish the relationship as something insignificant. When you talk about the past, talk about it as what it was – a relationship. They may have not been your boyfriend or girlfriend, but they sure as hell were your significant other at the time. You both went through the same motions as one in an official relationship, and felt the same emotions. Even if there was no label, it was still a relationship – treat it like one. When you look back on it, don’t regret anything about it, cherish all the moments, mourn about the end of it, and be happy about the memories.